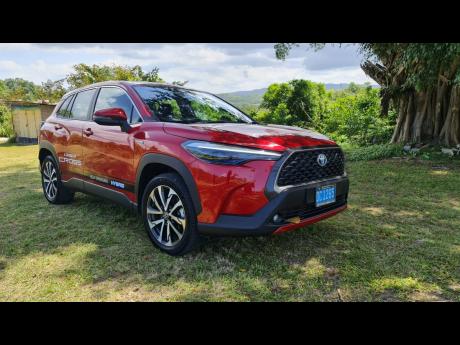 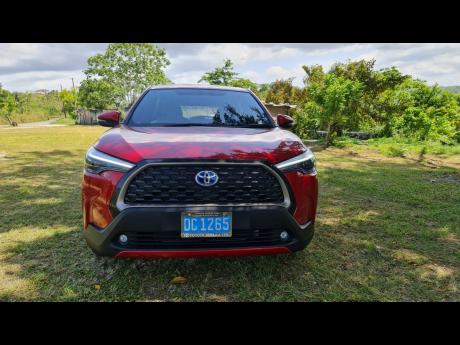 Nicholas Bennett
It has a 1.8-litre engine. 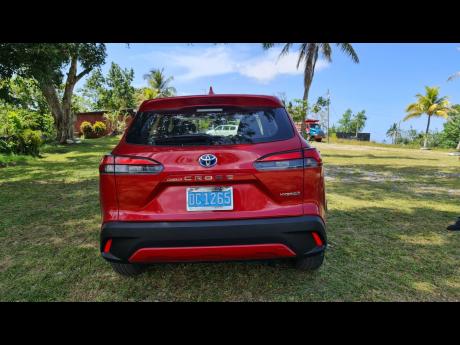 Nicholas Bennett
Rear sensors are available to notify that the vehicle is close to an object. 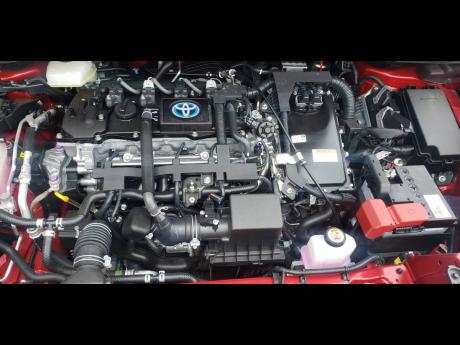 Nicholas Bennett
The 2ZR-FXE is exclusively designed for the hybrid system. 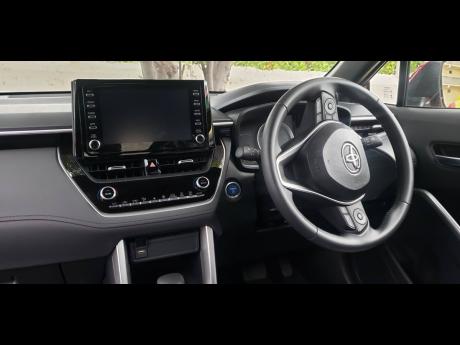 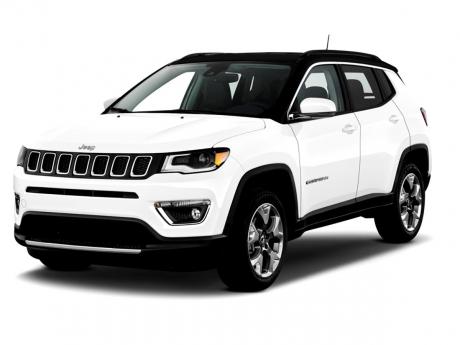 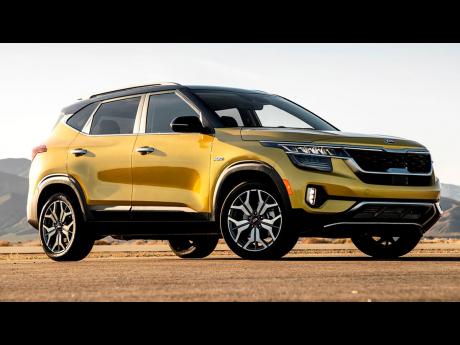 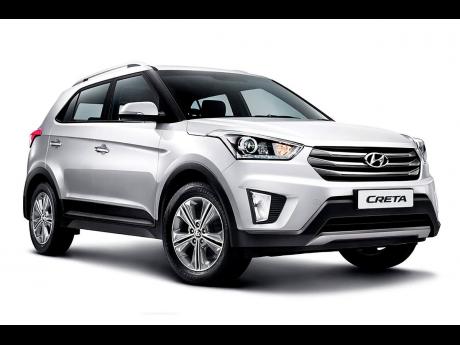 AutoGuide.com, several years ago, ranked the Toyota Corolla as the best-selling vehicle of all time. So it came as a surprise to many in the industry as to why Toyota took so long to do a SUV version of the Corolla. In July 2020 the company started production of their highly anticipated Toyota Corolla Cross.

To me, it doesn’t bear much resemblance to the Corolla sedan; however, the Red Mica colour and exterior design looks very sporty and in keeping with the current trend of its auto rivals. From a front-on view, the first thing that stands out is the thin strip of LED headlights, which wraps around to the side panels. They also come with sensors that automatically turn them on in low-lit situations. This is very handy, as drivers can often forget to turn on highlights at dusk or when it becomes overcast.

The front grille, with its imposing presence, is the only element that has a striking resemblance to the sedan version. At the side, there are character lines and subtle dents that give it an edgy look, and makes it appear bigger than it really is. Size-wise, it sits between the C-HR and the RAV4, sharing the same 2640 mm wheelbase as the former, while having a noticeable difference in height, when placed beside the latter.

The tested unit had bold 225 mm wide types on 18-inch rims, which gave the vehicle a commanding presence and a ground clearance of 161mm. Similar to the RAV4, the wheel arches are covered with black fittings to give it a rugged appearance.

Toyota prides itself on being reliable and practical, and the interior is a perfect reflection of this. There is nothing opulent, with the exception of the seven-inch touchscreen infotainment system and the electronic driver’s seat. There is breathable fabric all around, which is ideal for our climate, and a technological system that is easy to understand.

Being a hybrid model, the gauge cluster has a designated screen, which breaks down the driving pattern into three categories: Charge, Eco and Power. I’ll speak more about this in my ‘driver experience’ section.

On the other side of the gauge cluster is another digital screen, which gives information such as gas consumption and multimedia content. While in the centre is an analogue speedometer and gas gauge, which provides a nice complement of past and future technology.

Finally, Toyota has a responsive touchscreen that is up to par with all the others on the market. By default the information on the screen is usually divided into three panels, with font size and style that is legible. Content is layered in a manner that is intuitive and straightforward. For example, one-third of the screen is dedicated to playing music; however, when this panel is pressed, it expands to the entire screen. From there, you can see more details about the song that is playing, along with having more options to control the music.

Below the infotainment system is the climate controls, which consists of two knobs, one of which is to activate the dual-climate control. Under them is a row with other options such as fan speed and which vents to direct the air to.

Around this back, are rear a/c vents and four cup holders. With two in the pulldown armrest and the others in the door panel. However, unlike most vehicles, it is at an elevated position. This makes it easier to access beverages, as the passenger does not have to bend over to get his or her drink.

The Hybrid model is equipped with a 1.8-litre engine and uses batteries **around the back, along with a 47-litre fuel tank. The vehicle recharges the batteries, through various means, one of which is regenerative braking. This means, the vehicle is not required to be plugged in to recharge.

It’s built on the platform as the Corolla sedan, so it handles like a car, with the batteries at the back providing good weight distribution. As stated previously, there are three categories when driving: Charging, Eco and Power. This simply means that, when it is going fast, it is using the engine, when moving slowly in traffic, it uses the batteries, and in-between these two, it tries to stay in Eco mode.

The Cross brings a hypeness to the Toyota brand, as the design shifts from the ‘tried and true’ mentality that the company likes to stick with. At this point, a change like this was inevitable, as sedan sales are slumping and most automakers have to be recouping sales in the SUV market. The Corolla brand has been renowned for years and now the Cross has the mandate of continuing the legacy.