Insurance Helpline | No, motor and household insurance are not designed for drones 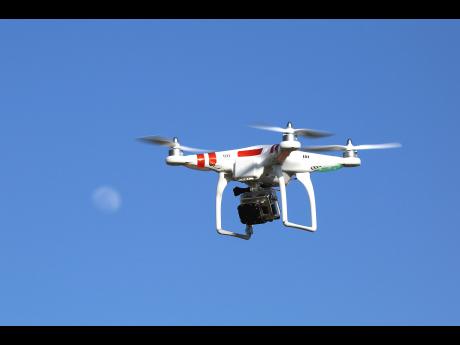 QUESTION: Flying an aircraft has fascinated me since childhood. However, neither my parents nor I was able to pay for lessons. As a result, I gave up hope of flying an aircraft. My wife has recently revived my interest. She gave me a present of an unmanned aerial vehicle (UAV) or drone aircraft. I plan to use it solely as a hobby to pursue my interest in flying. What are some of the risks associated with the use of this device? Would my motor policy cover any of them? What about my household insurance?

INSURANCE HELPLINE: Like you, I have always had an interest in flying. My curiosity reached its peak one Sunday morning over 20 years ago in the airspace around Goat Islands.

Three passengers were in single-engine aircraft. It took off from the Tinson Pen Aerodrome and flew along the south coast towards Old Harbour, St Catherine. I was seated beside the pilot. The rear seat was occupied by a female friend. The flight was my birthday present.

As we approached the two cays, the pilot suddenly shifted position, looked directly at me with a smile, gave a few instructions and said that I should take over the controls. His actions came as a complete surprise. I reluctantly took control under his watchful eyes.

After flying around the islands several times, I set the aircraft on a course to return to Kingston. As we neared the aerodrome the pilot took over. He made the final approach and landed the aircraft without incident. For some unknown reason, that experience did absolutely nothing to rekindle my interest in flying.

The use of drones as instruments of warfare over the last few years plus advances in technology have increased the popularity of these devices. They are now used to do all sorts of work. Some persons use them for recreational purposes. This newspaper takes aerial photographs with one.

The security forces are reportedly examining the use of UAVs to patrol the country's territorial waters. There is one area in the Kingston 8 zone where private drone operators regularly fly their aircraft near a busy road.

And finally, in April, the Jamaica Civil Aviation Authority (JCAA) issued guidelines about the use of drones in Jamaican airspace. The JCAA say that "the rapid proliferation in the use of UAVs in Jamaica has prompted the need to issue (its guidelines) to reduce the risks to other users of the airspace and the public."

Overseas, the Washington Post reported on August 10 that "rogue drone operators are rapidly becoming a national nuisance" in the United States. The report said that in recent days, drones have smuggled drugs in an Ohio prison, smashed against a skyscraper, impeded the efforts to fight wildfires in California, nearly collided with three airliners across New York City, knocked a woman unconscious and stalked another woman outside a bar in Florida before crashing into her car.

The same newspaper reported that during this month, there were "70 close calls" between drones and other aircraft - one flying at an altitude of 9,500 feet.

These examples of some of the risks that are associated with the private and commercial use of drone aircraft are by no means exhaustive.

Motor policies provide protection against some of the risks connected with the use of motor vehicles. They were never intended to provide any coverage for drone aircraft.

The coverage that is typically provided by a household policy is limited to the protection of the house and its contents against certain specified risks. Liability that is associated with the ownership and occupation of the dwelling is usually provided.

It is debatable whether liability that arises from the flying of UAVs for recreational purposes would be considered by insurers to form part of the coverage of a standard household policy.

provides independent information and advice about the management of risks and insurance. For free information or counsel, write to: aegis@flowja.com