Jamaicans are not so happy, anymore: Happiness Index ranking declines 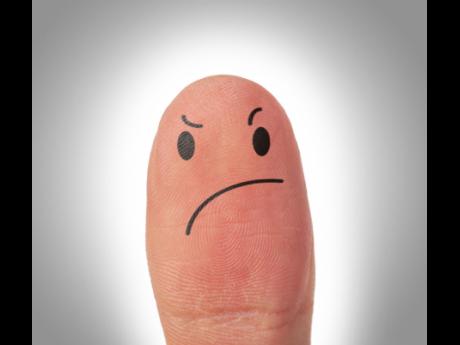 J'cans are not so happy anymore

Decline in Happiness Index one of the worst in the world

Happiness in Jamaica worsened by nine spots to rank 73 globally, according to the just-released and updated World Happiness Report 2016.

The multidisciplinary report added that Jamaica's decline over a decade was the 12th-largest fall-off in happiness seen across the world.

"Darn!" declared academic Dr Stacey Ann Wilson in an interview with the Financial Gleaner when shown the decline since 2005.

"It's very likely the economic situation had a role to play. Despite Jamaica passing it's IMF [International Monetary Fund] tests, it is clear that at the micro level of people's experience in the economy, the pill has been bitter," she said. "Coupled with the seemingly never-ending health crisis - Chik V, Zika, H1N1, and poor services - people are bound to be unhappy."

Denmark laughed all the way to the top of the world while Burundi was the most unhappy, according to the report's editors, Jeffrey Sachs, John Helliwell and Richard Layard.

Puerto Rico led the Caribbean region at 15, followed by Trinidad and Tobago, which scored 43 in the world but worsened from 41 in 2015.

"While the decrease in international oil prices should make Trinidad a little worried in terms of their lack of economic diversity, it seems they have developed the economy enough to benefit a bigger cross section of people to buffer against the bad times, even if temporarily," said Wilson, a political economist who lectures at the University of the West Indies, Mona.

The first report was published in 2012, the second in 2013, and the third in 2015. The World Happiness Report 2016 update ranks 156 countries by their happiness levels. It was released Wednesday in Rome ahead of UN World Happiness Day.

"This year, for the first time, the World Happiness Report gives a special role to the measurement and consequences of inequality in the distribution of well-being among countries and regions," stated the editors, adding that in previous reports, they argued that happiness provided a better indicator of human welfare than income, poverty, education, health and good government measured separately.

"In a parallel way, they now argue that the inequality of well-being provides a broader measure of inequality. They find that people are happier living in societies where there is less inequality of happiness. They also find that happiness inequality has increased significantly (comparing 2012-2015 to 2005-2011) in most countries, in almost all global regions, and for the population of the world as a whole," the report stated.

The World Happiness Report was written by a group of independent experts led by three editors acting in their personal capacities. The views are not that of the United Nations, although Sachs is a special adviser to UN Secretary General Ban Ki-moon. Helliwell is affiliated with the University of British Columbia, and Richard Layard with the London School of Economics and Political Science.