Super Plus held liable for rent in inherited lease case 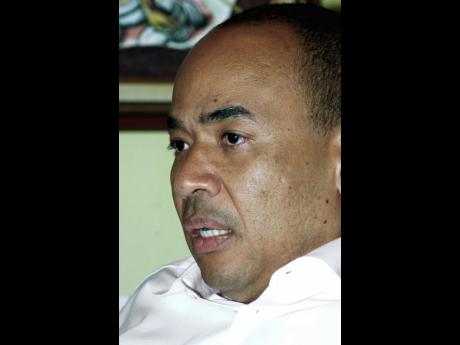 Tikal Limited, which trades as Super Plus Food Stores, has filed notice of appeal against a high court ruling that it pay its former landlord $280.87 million in rent arrears linked to a lease the company walked away from seven years ago.

Super Plus vacated space at the Oasis Shopping Centre in Spanish Town, St Catherine, before its 10-year lease had expired, citing bad business.

But even while Supreme Court Justice David Batts held Tikal liable for rent arrears and maintenance, he also ruled in favour of a counterclaim by the supermarket owner for the landlord, Tewani Limited, to refund Tikal its US$60,000 (about $7.56 million) security deposit covering three months' rental.

According to the judgment handed down last month, the Oasis Shipping Centre in Spanish Town was to be operated as a first-class commercial complex populated by several businesses with substantial traffic.

However, the judge noted that in reality, only a few business operated there and the complex had limited patronage. Over time, some of the businesses left, resulting in even less customer traffic flowing to the Super Plus supermarket.

Tikal vacated the property in January 2009, telling the court it could not meet the high rental. At the time that the supermarket shuttered, it had been at the location for four to five years under a lease contract that was initially penned with a different landlord, Pastique Limited.

In July 2007, Tewani acquired the property from Pastique. In its lawsuit against Tikal, Tewani said it also acquired the fixed term, 10-year lease agreement, under the deal with Pastique and was entitled to the benefit of the remaining term of the lease. It therefore sued Tikal for breach of contract.

In its defence, Tikal argued that the status of the land on which the property sits requires that the lease be registered on the title, but was not.

However, citing correspondence between the disputing companies in July 2008, Justice Batts ruled that notwithstanding the non-registration of the lease, Tikal had acknowledged the existence of the lease and agreed with Tewani to be bound by its terms.

And despite evidence given by Super Plus CEO Wayne Chen during the case that he instructed his attorney, Jennifer Messado, to serve a notice to quit the property on Tewani, Batts ruled that Tikal had not served notice on the landlord.

According to the judgment, Chen himself was unable to verify that the notice had in fact been served on Tewani.

Batts acknowledged that Tikal had tried to terminate the lease and had also requested that the landlord reduce the rent, but Tewani refused.

"This refusal was not unlawful. There is no evidence, nor indeed was it suggested, that the claimant agreed to a surrender of the lease," he said. On that basis, Tikal breached its contract by not paying rent and vacating the premises before its term had expired, the judge added.

Tikal had also argued in its defence that the landlord was in breach of certain covenants, including failing to uphold the standard of the plaza. However, the judge said there was no evidence that a notice of such breaches was served on Tewani before Tikal vacated the premises.

Regarding the counterclaim to recover the security deposit, the judge awarded interest at three per cent on the US$60,000 and ruled that it be offset against the damages awarded to Tewani Limited.

Tikal's lawyer, Vincent Chen, told Sunday Business that the company has already filed a notice of appeal. Tewani was represented by Emile Leiba and Kristopher Brown of law firm DunnCox.