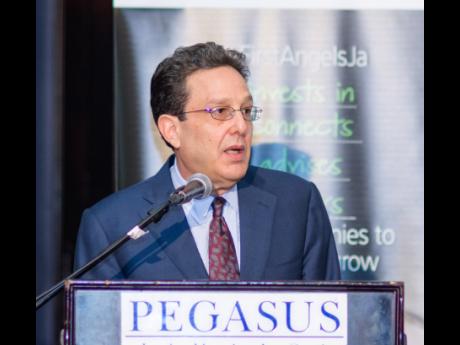 Local companies are still overlooking the value of having a business plan, especially when seeking funding, according to co-founder and chairman of First Angels Jamaica, Joseph M. Matalon.

Since June, First Angels has received 211 applications for funding, "but it is notable" that only 75, or 36 per cent, of them were properly completed, with business plans needed. The angel investor network reviews business plans as part of its assessment of whether a venture will get the chance to pitch the network for funding.

Essentially, almost two-thirds of applicants missed their chance at a hearing, and ultimately, to secure financial backing.

"This is of some concern to us, and as a community, we must address this problem by supporting our would-be entrepreneurs with the kind of training and hand holding that they need to become investment ready," said Matalon at a media briefing and workshop hosted by the network under the theme 'Connecting the Dots'.

Some 18 companies have already pitched to the angel investor network at its bimonthly sessions.

On Wednesday, First Angels formally announced that start-up BookFusion was the latest and fourth venture overall to date to gain financial backing from investors in the network. The e-book company was founded by husband and wife team Kellye-Rae and Dwayne Campbell.

With the investment in BookFusion, First Angels' investors have provided a combined US$360,000 in financial backing for approved ventures, Matalon said.

Another two companies will pitch to First Angels this week, Matalon said.

"We don't have any particular industry preference. We are looking for innovative ideas that can be commercialised and that have global reach," he said.