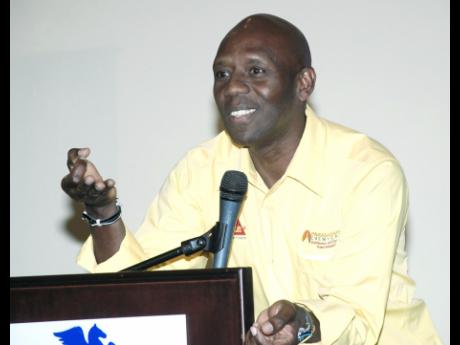 Paramount Trading Jamaica Limited has extended its business partnership with Allegheny Petroleum to expand into the production of lubricants.

Paramount is already engaged in that line of business but as a distributor of imports. The Jamaican company became sole distributor of Allegheny's Altra brand of lubricants and oils in Jamaica and the region in 2014.

Paramount and its American partner launched construction of a 13,500-square foot plant in Kingston to manufacture industrial and food grade lubricants. The overall project is estimated at more than $500 million, including construction, Paramount Trading CEO Hugh Graham told the Financial Gleaner.

The lubricants market in Jamaica has a number of players, which distribute foreign brands. In recent years, there have been whispers of plans in the works by different investors to set up manufacturing operations in Jamaica, but none of them came to fruition until now.

It will take five months to erect the Paramount/Allegheny factory, which will have the capacity for 200,000 gallons of lubricants to be distributed locally and in the region.

"By six months we should start operating," Graham said, adding that the development is planned with an eye on future expansion of the facility. Paramount also expects to expand its Bell Road operation in the coming months, but was mum on the details.

The lubricant plant, being erected at a site adjoining Paramount's 39 Waltham Park Road complex, will sit on roughly 1.5 acres and brings to five the number of facilities operated by the company.

Under their 50:50 partnership, Allegheny Petroleum will provide all the equipment for the factory, including an IT platform, tanks and pumps.

Paramount trades in industrial and food grade lubricants and oils for machines, trucks and heavy-duty equipment used by the bauxite industry and power companies, among others.

"We presently import the lubricants, grease and so on, for both industrial and food. Now we are going to be manufacturing them in Jamaica," Graham said.

The new site will also boast a laboratory for the analysis and testing of oils, allowing the company to insource those functions currently done overseas.

"This means that we would be able to provide custom blends to the market, according to particular customer specifications, instead of a 'one-size-fits-all' approach," said Graham.

"It's the only facility in Jamaica that will be able to analyse oils. If you want an oil analysis, you have to send it abroad to get it done," he said.

The construction project will provide 70 jobs, while the factory will employ 30 at commissioning.