Insurance Helpline | If something can go wrong, it will 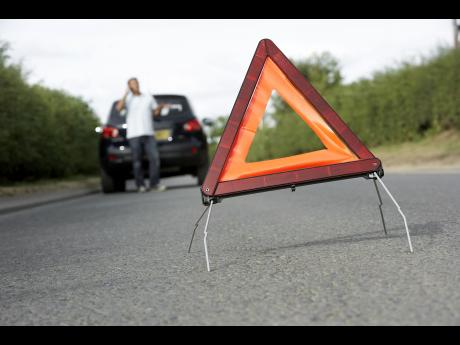 QUESTION:  I am a Jamaican who lives overseas. I bought and insured a vehicle, which is only used during my visits home. When I am abroad the vehicle is garaged. Can the insurance coverage be suspended during the times that I am off the island and reactivated at those times when the vehicle is actually being driven on the roads?  — islanderjoe@netzero.net

INSURANCE HELPLINE: Sources tell me that motor insurers are working with the authorities to develop a database of all insured vehicles. It is to be called Insurance Vehicle Identification System or IVIS. The database will store information about the vehicles that are insured by all motor insurers operating in Jamaica.
The system is expected over time to reduce the number of uninsured vehicles on our roads and lead to greater compliance with the Motor Vehicle Insurance (Third-Party Risks) Act.
Why am I telling you this? The anecdote that I am about to share with you provides an answer to your question. A simple yes it can be done, would be insufficient. You could save money in the short term but could end up with unintended risks like driving an uninsured vehicle, facing prosecution for breaking the law and losing your vehicle without recourse to insurance coverage.
A former self-described socialist politician, who is now deceased, migrated to the US. One of his most prized possessions was a spanking new Mercedes Benz motor car. The vehicle, which was insured comprehensively, was garaged while he was abroad. In an effort to save money coverage was suspended while he was overseas.
He and his insurers agreed that the suspension would be lifted during his regular visits to Jamaica. The agreement was that he would notify the company to reinstate coverage during his visits. His insurers would issue a certificate of insurance or cover note to provide evidence that he was in compliance with the law. The premium would be dependent on the length of his visit.
The procedure worked well a few times. On one occasion the policyholder apparently omitted to tell his insurers to reinstate the coverage. Or, to give him the benefit of the doubt, the policyholder instructed his insurers to reactivate the insurance and they failed to do so. To put it in fewer words: Murphy’s Law — if something can go wrong, it will — occurred.
The vehicle became involved in a major collision and it emerged then that the driver was not in possession of a document stating that the vehicle was insured.
The insurance company, predictably, refused to pay the third party’s claim or to repair the Mercedes Benz.
I always remember this incident whenever readers ask me questions like yours. The gentleman ended up with having to find over $1 million to repair his car and settle the third party’s claim because he had failed to implement a foolproof system to support the agreement that he had entered into with his insurers in order to save money.
Am I recommending that you pay for insurance coverage you may not need? Absolutely not. I am suggesting that after you have agreed a course of action with your insurer that you set up a system using the ‘brains’ of your smartphone to help you make sure that you can comply with whatever you both agree.


Cedric E. Stephens provides independent information and advice about the management of risks and insurance. For free information or counsel, write to: aegis@flowja.com