Insurance Helpline | The average clause debate is now closed. Deal with it! 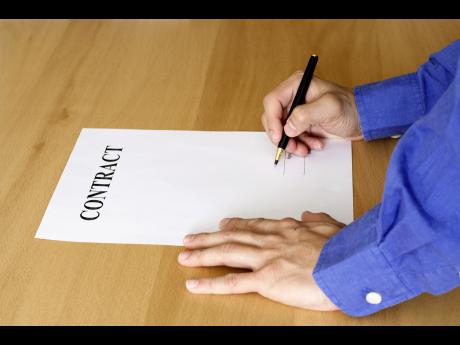 Last month's article was one of many intended to mark the institution's 15th anniversary.

The Insurance (Amendment) Act 2016, the article stated, was one of three "key amendments" that the FSC made to the original statute (the Insurance Act, 2001), since its formation.

Rule 126 of regulations approved under the Insurance Act was one.

According to Compass, the new rule "now requires that insurance contracts bear (sic) on its face a notice (sic) conspicuously sized and placed stating that the policy (sic) is subject to a prorata condition of average ... otherwise the contract (sic) will be void". It said the amendment will "strengthen the regulatory framework to address regulatory issues".

What this statement means is anyone's guess. Only when one reads Section 120 of the Insurance Act and the revised Rule 126 does one get the gist of what this "key amendment" is all about.

Section 120 of the law placed a burden on the insurer to inform the insured "in the prescribed manner of the nature and effect of the (average) condition" before the contract is entered into. When this happens, the average condition, or clause, becomes effective.

If an insurer discharges its duty "in the prescribed manner", then the average clause will apply. On the other hand, if the insurer does not do so, the policy will be interpreted as if there was no average clause.

The section of the Insurance Amendment Act relating to the average clause appears to be removing the burden from the insurer of informing the insured "before the contract is entered into" and replacing it with a new requirement. The insurer should place a notice about the clause on the front of the policy instead.

Do consumers benefit from the change? If not, who then are the beneficiaries of the 'key amendment'? Your guess is as good as mine.

Reading between the lines, the regulator appears to be quietly putting the anti-average clause discussion which began before 2001 to an end. The FSC is right. It has far more important things to do than to allocate scarce resources to issues like the average clause. Here are some specific reasons.

The United Kingdom government undertook a series of far-reaching insurance law reforms over the last six years. Experts say that the changes were the most significant that have taken place in over 100 years. These reforms were proposed by the Law Commission and the Scottish Law Commission. They followed an extensive period of consultation. The reforms resulted in the adoption of three new acts of parliament. The last one was passed in 2015 and went into operation in August 2016. Even though some of these laws sought to even the scales between insurers and consumers, not a single one tried to lessen the impact of the average clause.

The average clause continues to remain a feature of property insurances in the UK and in other countries.

The rates of inflation, exchange rates and other economic metrics in many of the countries where the clause applies have been far more stable than here. Our economy has been in a state of turmoil for over 30 years.

No matter how much consumers here kick and scream, the condition will always remain a feature of local policies. Local property insurers are heavily dependent on overseas companies for reinsurance. Because at least 80 per cent of each dollar of property premium ends up in the coffers of foreign companies, local insurers do not have the power to remove the average clause from policies, even if they wanted to. Like it or not, foreign reinsurers, like the International Monetary Fund (IMF), call the shots.

Most persons who complain about the average clause have chosen to forget history. It was introduced during a period of high inflation and economic instability. With lower inflation rates and some measure of stability in exchange rates during the last few years, the impact of the average clause is expected to be less severe now than when it was introduced post Hurricane Gilbert. This statement assumes that insured values were estimated with some care.

Corporate insurance consumers have largely accepted the average clause and implemented strategies to lessen its impact.

And, only a small part of the population buy insurance. This occurs in a society where there are many risks. Government does not have the resources to act as 'insurers of last resort' as it has tried to do in the past. Institutions like the IMF and the World Bank are suggesting the adoption by the state of a financial inclusion strategy. This means that there should be greater public access to and reliance on banks and insurance companies.

Attempts by some law-makers in 2001 to bury the average clause have failed. It is alive and well. God save the Queen!