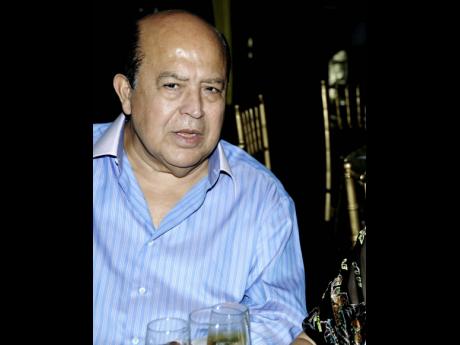 Gordon Tewani is shelling out US$2 million to build a multi-storey parking garage in New Kingston, which should open for business by mid-April.

"This is a no-brainer because parking is needed in New Kingston," Tewani said of the investment.

At six storeys, the facility can accom-modate at least 185 vehicles. And Tewani is already considering developing another.

"I have another lot, same size as this. So, when this is successful, I'll build another one," he said.

The parking spaces will be leased to companies.

"This is just for corporate clients because I don't want to go into retail parking," the developer said.

Tewani, who owns other buildings in the locale, said he may also consider using a section of the structure as parking for those offices.

"Nobody wants to invest money in a parking garage - it's not a high moneymaking business. But I thought that there needed to be one because it is very difficult to get parking in New Kingston," he said.

Construction was contracted to Chinese outfit ZDA Construction Limited, which began building the garage in mid-October 2016.

"They are very quick. They are taking five months to build the whole thing," Tewani said.

Another Chinese operator as well as a local firm had been considered for the job, but "their price was much higher and the completion was much longer," the businessman said.

"It will cost about US$2 million but with the cost of the land, it's about US$2.5 million," Tewani told the Financial Gleaner, which translates to $320 million in local currency.

Tewani, a real estate investor and jeweller, last developed four shops at Cross Roads in 2015, which were added to the rental market.

Located at the intersection of Half-Way Tree and Old Hope roads, the site originally housed shops that were destroyed by fire in 2002, and was being used mostly for parking.

Tewani said he expects the parking garage "to take a little time" to yield any return on his investment. "But if I get a 10-12 per cent return on my money, I will be happy with that," he said.

Clarification: This story has been updated to clarify that both a local firm and another Chinese had been considered for the project.