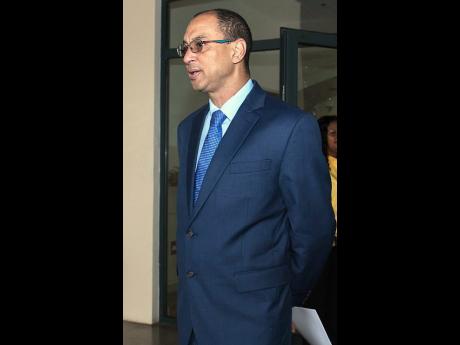 The disposal of non-performing assets and one-off gains accounted for a third of the spike in profits at food and financial services conglomerate GraceKennedy Limited.

Group CEO Don Wehby reported to shareholders on Wednesday that with the one-off items, profits climbed 39.4 per cent last year. Stripped of the fat, the company would have increased profit by 26.3 per cent.

GraceKennedy is currently structuring the group for efficiency, a project that involved assessment of the company's assets.

"If there is no real value to be added to the GraceKennedy Group, then there is a planned strategy of liquidation going forward," he said.

"These companies existed many years and they accumulated equity over that period. They were non-operating, or like holding companies. What we're doing in the GraceKennedy Group is to align these companies in terms of our structure. Sometimes over the years, they have become no longer relevant and we have decided to strategically liquidate them" the GK CEO said.

So far this year, GK has disposed of its minority stake in general insurance company Trident for $56 million, which it linked to a realignment of its operations in the Barbados market.

Wehby said while all segments of the conglomerate recorded increased revenues in the quarter, the profits coming out of the financial arm were hit by developments in the insurance arm and at First Global Bank.

The commercial bank faced higher charges for the asset tax, and had higher depreciation charges as First Global invests in new technology. He said the benefits from the spend would be realised this year, 2017.

Turning to recent developments for remittances, Wehby said the GK Money Services was not negatively affected by the recent dip in remittances, noting that Western Union had recorded increases. The remittance market is facing new headwinds with the recent introduction of a bill in the United States that calls for a two per cent cess on outgoing remittances to nine named countries. Wehby warned that it would lead to bad outcomes.

"Where it was done before, it led to the development of a black market," he said. "I want us to be very careful in the approach, because I do not see why Jamaica should be paying for the erection of a wall in the United States," he added.

On the food side of the operation, GraceKennedy Foods has secured agreement with mega retail chain Wal-Mart to sell Grace patties from 240 of its stores in Atlanta, Florida and New Jersey.