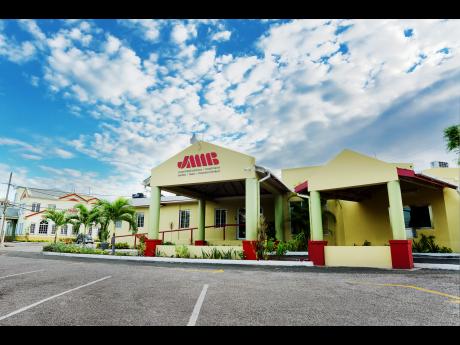 The Haughton Court branch of JMMB Group in New Kingston.

JMMB Group is adding a new remittance partner with an eye on regional markets and inroads into territory controlled by large competitor GraceKennedy through its Western Union franchise operations.

Around US$2 billion in transfers are sent to Jamaica each year, most coming from the United States and the United Kingdom. Of this market, GK controls just over 50 per cent.

In June, JMMB sealed a deal with WorldRemit to provide digital transfers. The company became one of JMMB Money Transfer's international partners that offers deposit-to-account transfers and cash pick-up to Jamaica from US, Canada and the UK.

JMMB Money Transfer is eyeing up to "significant growth in its online service - in-bound, deposit to account - over the current financial year and into the medium term, through deepened partnership with its international service providers in order to further tap the Caribbean diaspora," said CEO Sharon Gibson.

"Strategic plans are being built out to also enter the market in Trinidad & Tobago and the Dominican Republic, where the JMMB Group currently operates. This expansion in these new markets for the remittance arm will be done in partnership with its current remittance partners," Gibson said.

Still, JMMB Money Transfer remains one of the smallest players in the money transfer industry in Jamaica. Its network spans 100 locations nationwide.

In the wider Caribbean, through various remittance partners, JMMB Money Transfer offers inbound money-transfer services from some other Caribbean countries to Jamaica. Its remittance partner in CuraÁao, St Maarten and Aruba is Union Caribe; Omni in The Bahamas; and CAM in Turks & Caicos Islands.

In addition to these Caribbean countries, JMMB Money Transfer provides in-bound transactions from over 140 countries, including the UK, Canada, the US and various countries in Europe, through its other remittance partners - Xoom, WorldRemit, Ria, TransFast, and Small World.

"The WorldRemit system is already live," said the JMMB Money Transfer CEO, adding that the service is a low-cost option for clients.

"Although the bank-to-deposit service is not new to JMMB Money Transfer, this deepening of the partnership with WorldRemit provides an another option and added convenience for money to be sent completely electronically by individuals in countries served by WorldRemit ... ," Gibson said.