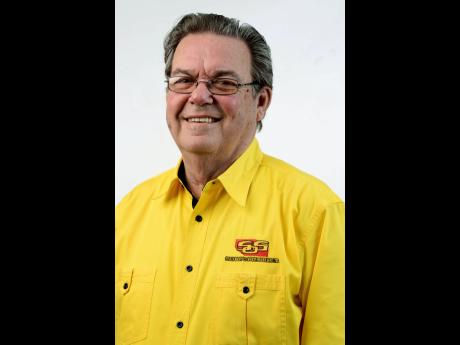 Stationery & Office Supplies Limited (SOS) will grow its warehouse space in Kingston by more than half with its pending purchase of lands contiguous to its head office on Beechwood Avenue in Kingston.

"The process to acquire the property has started and we are supposed to close the deal sometime in August," said Allan McDaniel, deputy general manager and logistics manager at SOS.

McDaniel priced the acquisition at "$61 million", adding that there would be simple modifications to the existing facility to join both properties.

The stationery company's expansion plans were disclosed in the prospectus for its initial public offering of ordinary shares on the junior stock market at mid-month.

SOS plans to use $36 million of the IPO proceeds to finalise the purchase at Collins Avenue.

McDaniel indicated that it would allow the company to increase its stock levels with fast-moving items.

SOS will float 50 million shares from July 19-26, aimed at raising $95 million of equity capital. The IPO is priced at $2, but a quarter of the shares on offer are reserved for staff and family at a discounted price of $1.60.

"We are benefiting from a little bit of everything. That's because no field can survive without us," he said, citing chairs and desks as basic needs of any business.

SOS's cash flow up to March doubled to $11.9 million from $4.5 million in December 2016, but McDaniel cautioned that it was only a snapshot, saying there was typically a time lag of over two months between purchase and payment.

Listing would provide SOS with increased working capital financing for its operations while allowing it financial space to enter into other undisclosed categories of business.

"We are not satisfied with where we are. We have greater goals in mind, but we are constrained by our cash flow," he said. "To get into other areas of business we have to have the cash flow in hand."

Around one-third of the IPO proceeds, $16 million, will finance stock and working capital.

will find adequate warehousing with the pending property acquisition.

The company also sees the opportunity to widen its existing footprint within the Caribbean region. Last year, it shipped six containers of office supplies between St Lucia, St Kitts-Nevis and Barbados.

SOS also operates a 3,000-square-foot facility in Montego Bay at the Fairview office complex. The company has expanded from its core business of office supplies and stationery items to include modular office furniture, partitions, metal products, chairs, cabinets and shelving. SOS carries international brands in office furniture including Fursys and Boss, for which it is the sole local distributor.

Subsequently, SOS launched its own brands of office furniture called 'Image' in 2011 and then another brand 'Torch', in 2012 aimed at capitalising on the demand for lower-priced items of comparable quality.

The 53-year-old company started operations in 1965 and regularly serves more than 3,180 credit customers on an ongoing basis, the company stated.

The business was initially run by Richard Hing, George Hew and David McDaniel. In 1970, the company became wholly owned by David McDaniel and his wife, Marjorie. The head office currently employs 83 staff and operates a fleet of 11 delivery vehicles.