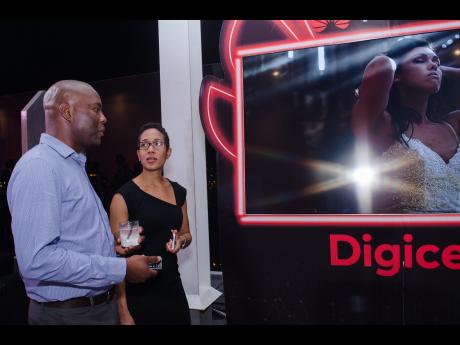 On Tuesday, Digicel invited patrons to view its testing of 4K television utilising Huawei as a technology partner. Huawei indicated that Jamaica was the first in the region to conduct such tests.

"We are at the moment the only Caribbean and Latin America country that will have 4K service," said Engelbert Reys, account director for Huawei Technologies at the test held at Digicel's headquarters in downtown, Kingston.

The technology transmits picture quality at four times that of high definition television which usually transits in 1K resolution, and 27 times the quality of televisions persons grew up with in the early millennium. Technically, that equates to 3,840 x 2,160 resolution or about 8.2 million pixels.

Digicel indicated that the 4K test was not a product launch and therefore was unable to give pricing or a timeline for the service.

The telecoms executives said that they wanted providers to know that Digicel has the technology and fibre optic backbone to handle 4K content. As such it awaits public demand in order to introduce the service.

"We are ready when the customers are ready," said Quinn.

Adoption of this technology requires the use of 4K televisions, each of which costs about US$200 or more.

"The other thing that is really key is when local TV stations and producers start to produce shows in 4K," Quinn said, adding that 4K would be perfect for the local news, documentaries, reality shows and sports.

Digicel Group holds more than 3,000 kilometres of sub-sea cable in the region, which it either acquired or built, according to information on its website. Within Jamaica, the company has also wired major cities and towns with its fibre ring in order to offer high-speed data and cable TV offerings in high definition and 4K resolution.

"The network doesn't have a limitation. The only limitation is light. There is nothing faster than light," added Quinn.