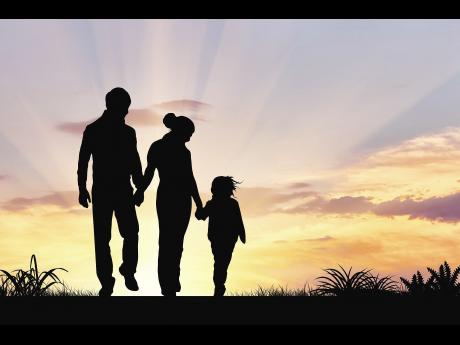 Question: I am saving towards purchasing a home and would like to start the process this year. I have $1 million in savings towards this goal, but it seems to just be my deposit. I would like to know if I apply for an NHT loan and am approved, do they have a closing cost I would have to pay upfront like the other financial institutions? I am considering asking a family member to sign over the benefits they qualify for to me so I may use only the NHT as the mortgagee. Could you please advise how this works?

FINANCIAL ADVISER: The closing costs cover a range of expenses which are incurred in the process of acquiring property. Most are generally shared by the buyer and seller whose legal representatives act as their agents. The National Housing Trust (NHT) does not require any up-front payments from contributors/beneficiaries, just a receipt to say the deposit has been paid along with the documents required to do the necessary processing.

The NHT would retain the contributions for the last year for which it should have a record for contributions made ­ 2016 in this case.

The NHT will also lend you money to pay the closing costs as a part of the loan to purchase a property if you meet the following two conditions - if you pay a deposit of at least 10 per cent of the purchase price of the property and if the sum you borrow is less than the amount for which you qualify. For example, if you qualify for $4 million but borrow only $3 million, the NHT will lend you $1 million towards the closing costs.

One way in which contributors can assist another to own a home is by co-applying but choosing not to have their name on the title, meaning they would have no interest in the property but would not be able to apply for another loan until 15 years have passed if the full amount of the entitlement has been used.

The NHT would effectively grant two loans, the terms and amounts of which would be determined by the age and income of the applicants, both of whom must be contributors and thus younger than 65. An applicant opting not to have an interest in the property who has never owned a home would have an entitlement of $5.50 million and one owning a home but without previously receiving an NHT benefit would have an entitlement of $2.5 million.

There would thus be two repayment terms and amounts but one person would, by mutual arrangement between the borrowers, make the monthly mortgage payments. In such an arrangement, the co-borrowers need not be related.

There are two arrangements which allow parents to assist their children to own a home. In one, a parent, who must be under 65 and a contributor to the NHT, and owns a home but has not received an NHT benefit can borrow up to $5.5 million to assist an offspring to build a house or to buy one on the open market.

The child can also apply, meaning there would be two loans with different repayment terms and amounts based on the age and income of each applicant. Both would make such payments to the NHT but the parent’s payment would stop at age 70.

The other Parent Assist Programme facility is for parents over 65, meaning they would no longer be contributors to the NHT. They would not be able to get a loan but would be able to assist their children to qualify for selection to own a housing unit in an NHT scheme by using their points. Only the child would qualify for a loan in this case.

Such parents should never have received an NHT benefit and must have not have received their full NHT refunds, meaning that at least one refund should still be due to them.

There are ways for NHT contributors to assist family and non-family members to realise home ownership either by co-applying, borrowing to assist or using their points to boost the chances of selection and the NHT can also assist qualified contributors with their closing costs.