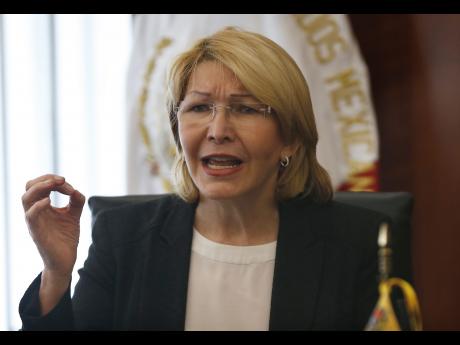 Luisa Ortega Diaz, who fled Venezuela in August after being removed from office by a new, all-powerful constituent assembly, said on her website that the video shows Venezuela Odebrecht president Euzenando Prazeres de Azevedo speaking to Brazilian prosecutors.

In the video, a man identified as Azevedo says a Maduro aide asked for US$50 million for the socialist leader's 2013 campaign. The special presidential election was convened shortly after the death of Hugo Chavez and Maduro was running a tight race with opposition candidate Henrique Capriles.

Azevedo said he agreed to pay US$35 million in exchange for assurances that if Maduro won, Odebrecht projects would receive "priority".

"We negotiated, I agreed to pay and the resources were released," he said.

Odebrecht acknowledged in a US Justice Department plea agreement that it paid bribes throughout Latin America to secure lucrative contracts.

Maduro did not immediately remark on the claim, but Tarek William Saab, who replaced Ortega after her dismissal, said there is an order for Azevedo's arrest. He added that Venezuelan authorities will be alerting Interpol in hopes of obtaining his capture.

The same statement noted that former lawmaker German Ferrer, Ortega's husband, is also a wanted man. The government has accused him of running a US$6 million extortion ring with corrupt prosecutors under Ortega's supervision.

Shortly after fleeing Venezuela, Ortega told a group of Latin American prosecutors she believed Maduro had ordered her removal in order to halt an ongoing probe linking him and his inner circle to nearly $100 million in bribes from Odebrecht.

A longtime government loyalist, Ortega has become one of Maduro's fiercest critics after breaking with his government in late March. She declared that a Supreme Court ruling stripping the opposition-controlled congress of its last powers violated the constitution.

Ortega has repeatedly claimed that she has evidence implicating Maduro and other top officials in corruption involving Odebrecht but has provided few details.