Lanco Paints to set up manufacturing base in Jamaica 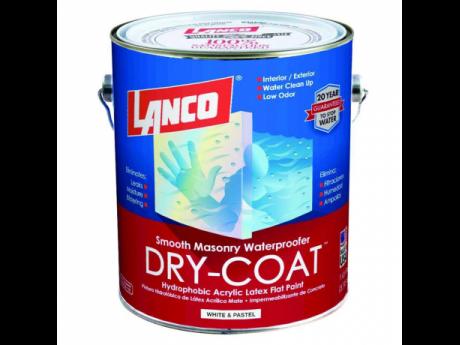 The Blanco Group, owners of Lanco Paints, will be opening its first factory in Jamaica next year, an investment that falls within the ballpark of US$10 million.

Blanco plans to break ground for construction of the Lanco plant in January, and hopes to use Jamaica for further inroads into Caribbean markets.

Blanco said the Blanco Group, which started as a family-owned distribution operation over 45 years ago, now has nine "state-of-the-art manufacturing facilities and five major distribution centres, employing over 1,600 people". The company services markets in the United States, the Caribbean, and South America.

"The Blanco Group has agreed to purchase approximately six acres of land from Cumberland Pen Holdings Limited at their Ferry location near Six Miles, which is ideally located with proximity to the port," he said.

The company expects to complete construction of the plant in eight months.

Lanco & Harris Corp (Lanco Paints and Coatings) is headquartered in Florida in the United States. Lanco & Harris is part of the Blanco Group, which, according to online source coatingsworld.com, recorded total sales of US$300 million in 2016.

"With a presence in Jamaica, they will be able to export to CARICOM," the realtor said.

Lanco has been present in Jamaica for a number of years through a local distributor, she said, but did not name the distributor.