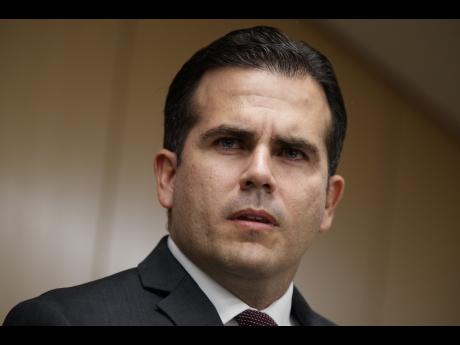 Puerto Rico's governor announced on Monday that he is moving to privatise the United States territory's public power company after its slow, troubled recovery from Hurricane Maria focused new attention on long-standing accusations of mismanagement and corruption.

Nearly 30 per cent of customers on the island of 3.3 million people remain without power more than four months after Hurricane Maria. Many blame the failings of the Puerto Rico Electric Power Authority (PREPA).

Its director was forced out in November after the utility failed to immediately call for help from its mainland counterparts after the storm. Instead, PREPA granted a power-restoration contract to a little-known company that the utility was later forced to rescind. Most recently, PREPA was blamed for the failure to distribute badly needed parts found in one of its warehouses, even as repairs went undone for lack of supplies.

Founded in 1979 as a public utility run by appointees of the island's governor, PREPA is worth roughly US$4 billion and has US$9 billion in debt, and years before Maria's September landfall, the company was criticised for political patronage and inefficiency. It was also beset by frequent blackouts, including an islandwide outage in September 2016.

"The Electric Power Authority has become a heavy burden for our people, who today are held hostage by its poor service and high cost," Governor Ricardo Rossello said. "The deficient and obsolete system of generation and distribution of energy is one of the great impediments to our economic development."

Power bills on the island have long been double the average of those on the US mainland, in part because imported petroleum products supply three-fourths of the energy consumed in Puerto Rico, according to the US Energy Information Administration.

Because PREPA is bankrupt, a federal judge will have to approve the sale, in addition to the island's legislature.

"It's sad that they've waited so long to do this," said economist Gustavo Velez. "If they find not only a good buyer, but a good operator that invests the money that is needed, that clearly is very good news."

In the next couple of days, government officials will begin working with legislators to begin defining how to sell the utility's assets. Rossello said the process could take around 18 months.

Carlos Mendez, majority leader in Puerto Rico's House of Representatives, said he will ensure the body backs the governor's objective.

"Either we remain as we are, or we take the decisions needed to push Puerto Rico ahead and lift our economy up once again," he said.

Puerto Rico Senate President Thomas Rivera Schatz was more reserved, saying he would analyse the proposal and make sure that any changes guarantee an "adequate, efficient and affordable" electrical service for all Puerto Ricans.

He also pledged to protect the utility's workers as the island struggles with an unemployment rate of 10 per cent.

Rossello said privatisation would bring more affordable rates and better service to consumers and help attract more business to an island mired in an 11-year-old recession.