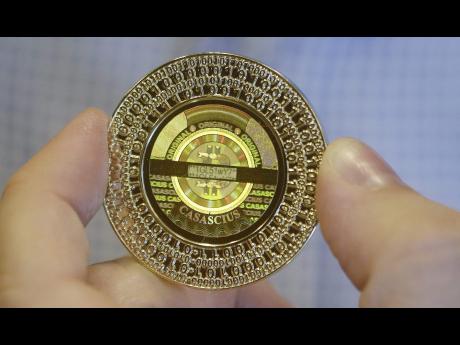 AP
The popularity of cryptocurrencies is on the rise, and there are now about 1,500 of them.

Technology experts warned at a cryptocurrency seminar on Wednesday that many initial coin offerings, or ICOs, are scams.

While the tech experts themselves trade many of the known 1,500 cryptocurrencies, of which the best and most valuable is bitcoin, they warned of scams surrounding emerging digital money.

"Leave them alone," said Ghaffar Ellis, a Jamaican cryptocurrency trader and panellist at the seminar 'Understanding Blockchain Technology, Bitcoin and the rise of Cryptocurrencies' hosted by SiliconCaribe.

Companies raise funds from investors in ICOs to finance their operations that run on cryptocurrencies. Fraudulent businesses are capitalising on the rise of authentic crypto-currencies, including bitcoin and litecoin.

Ellis himself lost about 100 bitcoins to a hacker while his brother played video games on his computer. The value of those bitcoins at its peak price would have made him a billionaire in Jamaican dollar terms.

Bitcoin has traded at nearly US$20,000 last December but is now hovering around US$10,000. Ellis says he expects bitcoin to rise above US$100,000 in the coming years, although he encourages persons to seek financial advice before investing in the cryptocurrency.

He also suggested that potential investors look to chatrooms and forums rather than mainstream media for information.

Founder of AlphaBlock USA Milan Koch, another presenter at the seminar, which was held at Jampro headquarters in New Kingston, was more direct, and colourful, than Ellis in his warning.

"Ninety per cent of the ICOs out there are bulls**t and scams. Most do not need crypto-currencies," he said.

Koch, 29, said if the offering company does not demonstrate a need for cryptocurrency to conduct business, then the ICO is likely to be a scam.

Koch, a German who lives in the tech haven of Silicon Valley, was operating a venture capital fund five years ago, but left to set up AlphaBlock, which funds cryptocurrency ventures.

"Do not just jump into bitcoin; we do not know how it will look in five years," he warned. However, he said he holds most of his assets in cryptocurrency rather than paper currency.

A third panellist, Trevor Forrest, who is a senior adviser in the Ministry of Science, Energy & Technology, said individuals are most vulnerable to ICO scams, while banks and large institutions are targeted by other cyber scams.

Forrest, a self-professed cryptocurrency trader, said that while the digital currencies

are trendy, the Jamaican Government was paying more attention to the underlining technology, called blockchain. The technology produces a ledger of all transactions related to the sale and information on a good or service - sort of like stacked email messages. Forrest sees it as a means of reducing corruption and removing unnecessary middlemen in government services in the future.

Andrea Johnson of CRMetry, which prepares businesses for blockchain adoption, said governments in the United Emirates, Estonia and Georgia are global leaders in adopting blockchain.

"Don't think blockchain is coming. It is already here," she said.

In hosting the event, for which there was an entry fee, SiliconCaribe founder Ingrid Riley received her first cryptocurrency payment from an audience member in litecoin. Years earlier, Riley said, she nearly purchased bitcoin but never finalised the deal.