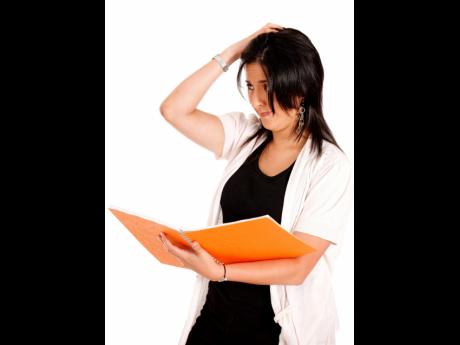 We may laugh along with our leaders about our personal productivity and constant overwhelm, but those who have worked in developed countries know that top organisations take time seriously.

It's no coincidence. Corporate success relies on individuals who execute brilliantly, never run late, and don't forget to do their tasks.

But here in Jamaica, we are perplexed. We want the crime-free growth opportunities that occur in a strong economy built on high-performing companies. Yet, when pressured, we continually excuse the fact that we are individually slack. For example, almost no one complained when every meeting of the 2017 Jamaican Parliament started late.

They are simply echoing the low standards we all indulge in, even when we know we'd have to give them up if we ever migrated to a developed country.

A few years ago at a conference in the United States, I listened in agony as the top organiser explained why they needed to check my credentials twice before inviting me to speak. "We just had to ask," she shared, "Is he for real? Who would imagine that someone in Jamaica knows something about time management?"

Unfortunately, we have collectively earned this suspicion. Our economy hasn't grown since the 1960s - a case study for stagnation, resistant even to above-average outside investment. In terms of our macro-productivity, we fight to stay a step above last place among countries in the hemisphere.

But the conference organiser was no economist. She was talking about the lack of micro-productivity visitors see upon landing 'Jamaica time'. It's why they took two different taxis from their hotel to the airport, 'just in case'.

We can rescue our reputation with a focus on a locally defined temporal intelligence quotient, or TemQ. It would help us understand the extremes - the Bolt-like performance seen in the world's best companies versus our sloppy, everyday mediocrity. It could also provide us with universal targets to aim for, whether we happen to be an individual workman, CEO or Supreme Court judge.

For example, our prime minister could declare an 'Arrive on Time Week'. Such a challenge would push us to discover and practice industrial engineering techniques needed everywhere in our economy to meet Vision 2030 and the productivity problems it describes.

Until then, how can your company use TemQ right away? Here are three suggestions.

Professionals with high TemQs set clear intentions for each hour of the day. A high percentage of their plans are effective, which means they use mobile, digital planning tools, create a daily schedule which includes travel and recovery times, insert buffer periods for interruptions and other unexpected events, and track their time usage to effect improvements.

By contrast, individuals with low TemQ are hapless creatures of random impulses and miscues. They are often seen as a very busy but produce little of value as they bounce from one fascinating, shiny object to another.

As a professional climbs the corporate ladder and adds more to-dos, their productivity is challenged in new ways. Each increase brings them closer to a recurrence of old symptoms they thought they had overcome, such as forgetting important commitments, seeing tasks too long or missing due dates.

The person with low TemQ won't even notice these mild issues until they turn into crises. However, their counterparts remain eternally vigilant and see these early signs of trouble.

High TemQ individuals don't panic when such unwanted symptoms pop up. Instead, they realise that they need an upgrade and go about diagnosing their habits, practices and apps in a systematic way. In other words, they demonstrate the meta-skills needed to build added capacity - the only approach which keeps up with a continuously increasing workload.

Unfortunately, low TemQ professionals get stuck and never improve, slipping into a mindset that partly explains our stagnant productivity. After all, if we aren't actively expanding our individual TemQ, why should our companies thrive and our economy grow?

Ecuadoreans had a similar challenge, estimating that lateness costs them 4.3 per cent of GDP. In response, they launched a national tardiness campaign.

The good news is that, unlike our IQ, we can all easily begin to improve our TemQ with practical improvements. There's no reason for us to continue joking about a matter which has sharp life-or-death consequences.

It's time to invest, on a personal level, in the productive Jamaica we want to become.

- Francis Wade is a management consultant and author of 'Perfect Time-Based Productivity'. To receive a Summary of Links to past columns, or give feedback, email: columns@fwconsulting.com.