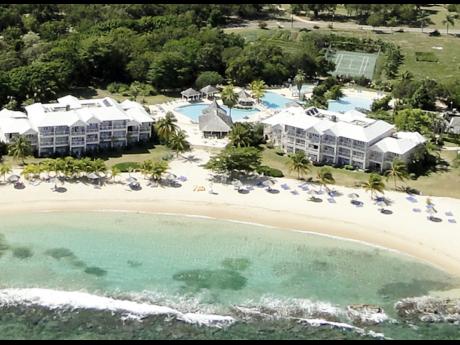 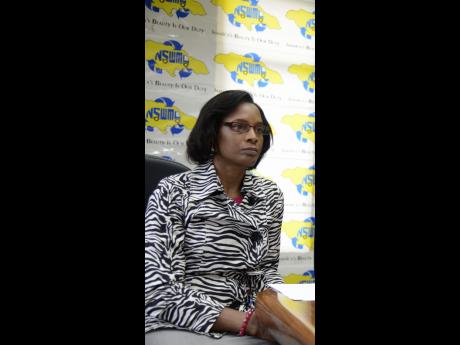 Melia Braco, a 232-room hotel owned by the National Insurance Fund (NIF) and upgraded at a cost of $2.5 billion two years ago, is underperforming expected targets, according to two sources familiar with its operation.

Information secured by the Financial Gleaner regarding the hotel's preliminary financial results, indicates that the property made pretax losses of US$5.05 million in 2016, which was said to be the first full year of operation under management company Melia Hotels International. The source said the financial results for last year, 2017, were not yet collated, but were showing a deficit.

Asked whether the audited financial results for the hotel bore out the preliminary loss figures, and about other matters relating to the operation of the property, Melia Hotels declined to comment, saying its contract with the NIF was confidential.

The Spanish Chain was contracted by state pension fund NIF, through the NIF Resort Management Company Limited, to market and manage the hotel.

Melia Jamaica Braco Village is the NIF's most valuable property in a real estate portfolio valued at around $12 billion in 2017. Refurbishment of the hotel was completed in 2015 and the hotel opened for business on December 19 of that year, at the height of the winter season.

Financial projections for the first five years of operation, said by management to range from 2016 to 2020, predicted that the hotel would deliver gross operating profit every year ranging from US$4.87 million in year one to US$$7.3 million in year five.

The level of return was based on average occupancy rates of 63-67 per cent over the period, according to documents seen by the Financial Gleaner.

In 2016, however, preliminary information indicated that the hotel had made an operating loss US$4.4 million, a near 200 per cent underperformance of the projected target.

Revenue for 2016 was estimated at US$7.6 million, which was less than half the US$16 million targeted in the first year. The hotel spent US$12 million on its operations, which was more than it took in, and only achieved average occupancy of 47 per cent, documents show.

Alongside questions regarding the hotel's finances, Melia, whose website indicates that it oversees 350 hotels in 40 countries, also chose not to comment on strategies to increase business for the Jamaican hotel.

"Melia Hotels International SA thanks you for your interest in the Melia Braco Village Hotel which, undoubtedly, is a very important project for our company and for the Jamaican touristic sector," said Regional Vice-President for the Americas, Alvaro Tejeda Schroder.

"As customary in this kind of transaction, both Melia Hotels International, SA and the NIF Resorts Management Co Limited have contractual confidentiality obligations described under our hotel management agreement. Therefore, we will not be able to share details of this commercial agreement that binds both parties," he said.

Meanwhile, NIF board Chairman Lennox Ely redirected requests for information to the Ministry of Labour & Social Security, saying the information requested falls under the administrative day-to-day responsibilities of the ministry. However, neither Permanent Secretary Colette Roberts Risden nor NIF head Dionne Jennings have commented.

The Financial Gleaner first made requests for information about the performance of Melia Jamaica Braco from the Ministry of Labour in November 2017 under the Access to Information Act. The ministry provided only one document the audited financials of the NIF itself for 2015-16, but said it did not have audited accounts for Braco for that period or beyond.

NIF is required to pay Melia Hotels a base management fee linked to Braco's gross income, an incentive fee linked to gross operating income, and a marketing fee. If the hotel underperforms specific targets, Melia's contract can be terminated or, alternatively, the Spanish hotel chain may pay monies over to NIF to cover the performance gap.

A senior accounting officer who left the hotel's employ in January, said, to date, Melia has only been able to collect the marketing fee because of Braco's underperformance. The person said the hotel was now looking to reduce staff as a cost-cutting measure.

Another source confirmed that Melia has recommended staff cuts, as well as a cheaper product to entice guests, but it's unclear whether NIF will agree. He said that at the start of 2017, hotel staff was instructed by the NIF to do what they could to increase bookings and revenue as they did not want a repeat of 2016.

Melia Hotels International told the NIF that it could operate the hotel profitably after the first year. Under a formula linked to gross operating profit, Melia

has guaranteed minimum earnings of US$7,000 per key or room sold in the second year of operation, rising steadily to US$7,577 per key in year six.

In 2014, Braco attracted the attention of the Office of the Contractor General which - based on an assessment of a short-term contract with Blue Diamond Group - recommended frequent compliance reviews of NIF's accounting, procurement and public administration management practices.

The contract watchdog also announced its own intention to closely monitor the process under which Melia Hotels was being appointed to take over the management of Braco, after being advised of the agreement by Audrey Deer-Williams.

Deer-Williams was then senior director for investments at NIF, but was reassigned to another portfolio as chief technical director in the Labour Ministry last year.

Braco is one of several properties providing diminishing returns for the pension fund. Following the abrupt termination of the management agreement with SuperClubs in 2010, the NIF embarked on a search for either a buyer or lessee after the property was approved by government for divestment.

NIF failed to secure a buyer for Braco which, based on information in the contractor general's report, was then valued at US$24 million to US$36 million.

Under Melia Hotels' management contract, the Spanish chain has right of first refusal should the property be placed on the market again or NIF receives an offer from a buyer.