No looking back for JEA 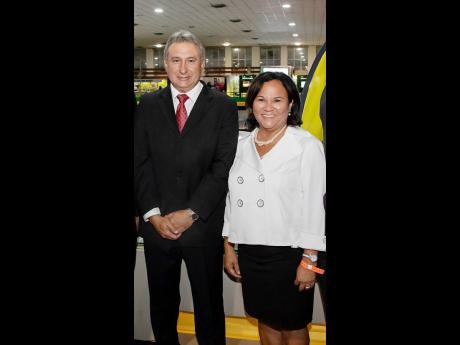 Under the successor entity, Jamaica Manufacturers' and Exporters' Association, the JMEA, the issues important to the JEA won't be subsumed, Chong indicated in an interview with the Financial Gleaner, but acknowledged it would need policing.

"There is always that consideration, but it is up to the presidents to ensure that their members and the initiatives that are already in train are continued," Chong said.

The JEA has a membership base of around 300, while JMA has over 400. Together, they will have more than 600 members, as the merger will eliminate the overlaps.

Chong, who took over the helm of the exporters lobby group in 2016, says she was struck by the significant overlap of work in both the private and public sectors.

"It occurred to me that there was a lot of duplication between the JMA and the JEA because the JMA has an export department. In addition, there was the JBDC doing capacity building and Jampro, and so on," she said.

That led to a meeting between the four entities.

"I said we need to decide who does what, and in doing it well then the others can provide support," she recalled.

In December 2016, the four signed off on a memorandum of understanding, which was followed by regular meetings on national export strategy and mapping a collaborative way forward for export growth, the JEA president said.

Deputy president of the JMA Richard Pandohie remarked that it took all of 20 years of talking to get the JMEA formed. Chong says the tipping point for her was the realisation that very little action had emerged out of the talks.

"I was advised that a merger was attempted at least twice before. With that in mind, I approached Metry and said 'let's do this'. We felt sure that this was the right thing to do. It wasn't necessarily the easiest process but we pushed ahead," she said.

Metry Seaga is the current president of the JMA.

Chong said a committee was drawn up to look at the sticking points prior to special general meetings of both bodies in April. This ad hoc committee has morphed into the 10-member body in charge of working out the details of the merger.

Chong says while the associations are taking are a deliberative approach to the merger, they already have guideposts to get it down.

"This is a model that has been used in Canada, Trinidad and USA," Chong noted, as she urged other bodies to consider similar coalitions.

"This is how a lot of businesses and government departments need to think because when we collaborate we can achieve a lot more. Doing things separately encourages competition and we can't compete with each other, we have to compete with the world," she said.