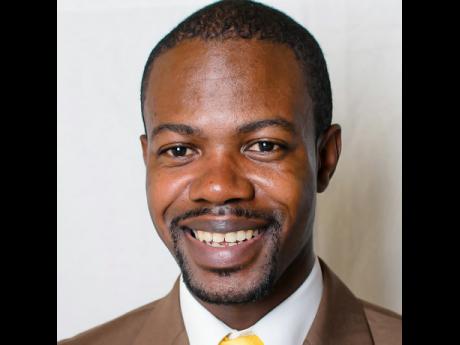 Richard Lake's Premium Farms in now the exclusive distributors for National Flour Mills, NFM, an agreement that covers eight products made by the Trinidadian company, initially, with more to be added later this year.

The deal expands on the business relationship between the two companies, which began last year when Premium Farms & Trading Limited began distributing some of NFM's flour products.

National Flour's General Manager for Sales and Marketing, Cheryl Lee-Kong, was in Jamaica last week working out operational details with General Manager at Premium Farms, Omar Newell, two months after the parties signed off on the new distribution partnership.

The deal will see Premium Farms eventually distributing 13 products produced by NFM. For the time being, however, the initial items covered are Good 'n' Natural vegetable oil, breakfast cereal, ginger tea, coconut milk powder and whole wheat flour; the Lion brand of counter flour and baking powder; and Special Palm flour. Lee Kong says Premium will be rolling out more products over the next two months.

The Good 'n' Natural products were previously distributed by the Glen Christian-led Kirk Distributors. However, Newell says the new pact was a natural progression from Premium's previous arrangement to distribute the Lion brand of flour and Special Palm baking flour. The appearance of that brands on the Jamaican market caused a stir, with Seprod Limited and Jamaica Flour Mills Limited threatening an anti-dumping complaint.

Newell says that issue has since been resolved, paving the way for Premium to deepen its relationship with NFM. Prior to the additional arrangement in June, Premium handled four NFM flour products.

"It's because of an existing relationship and we've been doing well with the products that we presently carry for them. They are thinking that this is part of streamlining just who carries their suite of products. It would be good in terms of managing what they do in a place where they do not have a country office," Newell said.

Lee Kong agrees, saying the Trinidadian company is taking a bet on an outfit willing to shake up the market, to meet its goal of increased penetration.

"It made sense to consolidate the business with just one distributor and we believe that going with Premium Farms just makes sense. You can't have the brand split among several distributors," said the NFM executive. "Premium is young in the distribution game but shows tremendous potential in terms of being able to take our brands where we want it to go," she said.

Pressed about the recent spat over its flour, Lee Kong said while the furore was reported both in the Jamaican and Trinidadian media, the issue is in the past.

"We didn't expect the competitors to lie down and take it - we make a very good product and we have made some inroads. I do believe however that there is enough room for three players," Lee Kong said. "We don't have an antagonistic attitude to it but obviously we have a business to build," she added.

The terms of the distribution agreement were not disclosed.

Premium has taken on eight new staff members at its Lydford Logistics operations in St Ann, a 180,000 square foot complex, which will be the hub for the distribution of the NFM products among the other brands sold by Premium.

All advertising and marketing will be done by Premium Farms in conjunction with National Flour, according to Lee Kong. She declined to comment on NFM's sale projections under the agreement, but said they would be keeping a keen eye on how the portfolio grows.

Newell says the company is aiming for 15 per cent market share for flour in another 18-24 months, and that Premium would continue to rely on price competitiveness to grow its share.

"The focus of Premium has always been to provide basic food items to consumers at the best possible price. Currently, because for example wheat is not produced in the Caribbean, there is not a huge gap between the three major players in flour as it is now; but we intend to remain on the lower end of the scale while giving quality options to our consumers," Newell said.