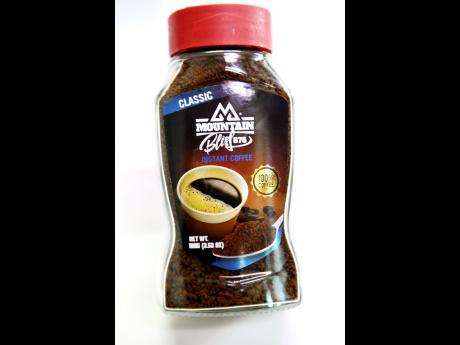 Coffee processor Salada Foods Jamaica Limited is reaping returns at record levels, partly due to its decision to engage with a young demographic that, prior to now, were never targeted as serious imbibers of the brew.

Mountain Bliss 876 coffees, launched in May, has found a niche that leaves Salada"in the good position of just keeping up with demand," said General Manager Dianna Blake-Bennett.

Looking back, she says, Salada did not specifically target the younger demographic, not till recently - and the move is paying off.

"It was a concerted effort on the part of the company to engage a younger demographic and having done so, I can say that so far it has been successful. We are engaged and the thinking is that once our brands are endeared to them, then we stand a better chance regarding long-term sustainability," Blake-Bennett said.

For the nine months ending June, revenue climbed to $748.7 million - giving the company a shot at its long-held goal of the $1-billion market in annual sales. Its September quarter would need to deliver more than $250 million of sales to hit the target, but if not, Salada's sales are set to reach a new high this year above the $872-million turnover reported in 2017.

Still, albeit cautious in her outlook, Blake-Bennett said Salada is lined up for the final stretch and could hit the billion-dollar mark.

"We've been working towards that goal over the last two years and based on where we are, I think that it is more attainable than ever before and, conservatively, we are pushing towards that target," Blake-Bennett said.

She attributes the rise in volume sales to the performance of the local distributors in the trade, "which means our marketing activities are doing what they are supposed to do," as well as increased exports, which were up by 63 per cent.

Salada's nine-month profit doubled from $63 million to $137 million. The 116 per cent improvement has so far belied concerns previously stated by the GM that the coffee cess imposed by new commodities regulator JACRA in April could hurt the company's production and therefore its earnings this fiscal year.

She says some of the concerns remain, but discussions with government officials so far appear promising.

"Without wanting to pre-empt the decision, I think that there is some amount of understanding of the uniqueness of our business. Hopefully, the decision that comes out, when it does, will be a liveable one," Blake-Bennett said.

Of note, according to a release accompanying the coffee company's earnings report, Salada achieved the increased revenues and profits while spending $2.35 million less on selling and promotional activities.

Asked how the company had managed to do more product promotions while spending less, Blake-Bennett said it was due to a shift in marketing strategy that saw the company de-emphasising the use of radio, print and television advertising and pounding the pavement instead to meet young people on their turf at school or social gatherings. The company also utilised social media to reach the younger demographic.

"That's the only way to engage young people. You have to meet them where they are," she said.

"They don't do traditional media, and our intelligence tells us that the particular demographic is more socially aware and that is why we've been exploiting avenues such as social media and direct contact. If we were not playing in that domain, then I don't think that you would have seen the type of response that we're seeing," said the coffee executive.

The company is currently reviewing its outreach to the older demographic as well, she said.