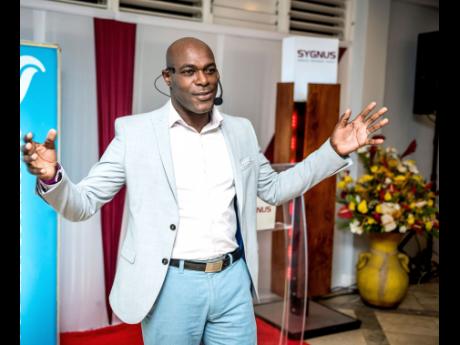 "As a start-up we set ourselves three objectives: raising enough capital through private placement that would be fully invested out in our first year; then there was the successful IPO, and internally we wanted to generate a profit despite normal expectations to the contrary," said Berisford Grey, CEO of Sygnus Capital, which are advisers to Sygnus Credit.

The company was launched in January 2017, and listed on the stock market in June of this year.

The profit it reported was generated on total assets of US$37 million - a composite of the US$15 million that Sygnus raised via private placement and the US$20 million raised in the initial public offering on the Jamaica Stock Exchange.

The IPO proceeds are still to be put to work. Adviser and chief investment officer at Sygnus Capital, Jason Morris, says Sygnus Credit is on track regarding its investment objectives.

"It is pretty much in line with what we expected. The key thing for us is the net investment income. That is going just as we anticipated. We expected to invest out the money that we had raised in the private placement and we did just that," Morris said.

"We have US$20 million-plus in uninvested capital and that matches the money we garnered in the IPO. This is where we see the growth coming from," Morris said of the company's prospects.

Grey says Sygnus is moving cautiously as it examines opportunities both in Jamaica and the wider Caribbean region.

"We see great prospects in that there are a lot of medium-sized firms looking for more customised solutions to expand or otherwise grow their business, and this is both in Jamaica and the wider Caribbean. We are encouraged by the number of transactions that are looking for the sort of solution that we're offering," he said.