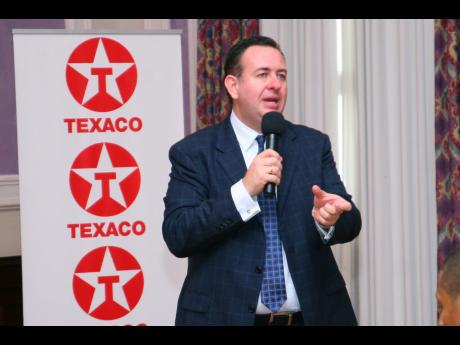 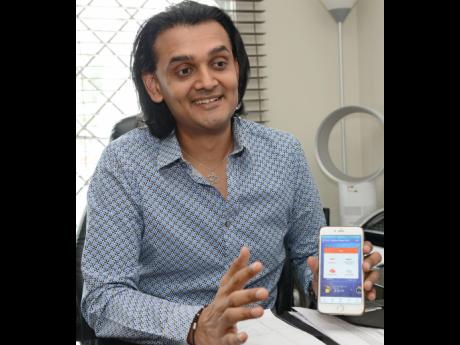 GB Energy Jamaica, the petroleum marketing company that operates the Texaco fuel stations, was to unveil a new automated payment system before business owners and operators at a function last night.

It comes out of an exclusive partnership between GB Energy and Amber Fuels, a subsidiary of tech company Amber Group.

In a first for Jamaica, Texaco will be offering its customers and fleet operators a digital refuelling solution, with payment channels linked to the two largest banks, National Commercial Bank and Scotiabank Jamaica, through Amber Fuel's multichannel system, Amber's CEO and founder Dushyant Savadia told the Financial Gleaner in a prelaunch interview.

The Amber Fuels technology that Texaco is deploying at its stations works with the latest radio frequency identification, or RFID, technology that interfaces with the banking platforms through a mobile application.

Texaco will issue free RFID stickers to customers at its stations. The sticker, which will serve as a unique identifier for individual vehicles and owner, is to be mounted on the autos.

To participate in the RFID system, customers are required to download the GB Fuels app and upload their payment details, which will be encrypted on the banking platforms.

They are assigned a four-digit PIN which they input on the GB system when purchasing fuel at the stations. This will give consumers a seamless, cashless, cardless payment option, Savadia said.

The new system is an addition to, and not a replacement of other payment options at Texaco, which include cash and cards.

GB Energy operates a network of 70 Texaco gas stations and is the largest petroleum marketing company in Jamaica with estimated annual sales of US$300 million.

"When that customer goes to a participating Texaco station the machine will read that RFID tag. The amount of fuel purchased will be automatically uploaded to the account. The customer will have the option of paying by cash, card, or it can be automatically applied to their account after the customer enters their PIN code, which is tied to their payment details," Savadia said.

Information on the total value of the partnership was not immediately available, but country manager for GB Energy Mauricio Pulido says his company is spending US$1.5 million or about $200 million on the digital payment system. The investment covers hardware and software upgrades, the provision of RFID scanners, staff training and advertising, he said.

Pulido said the Amber system was developed exclusively for GB Energy and would be deployed at GB-owned stations across the Caribbean, including Dominican Republic, St Maartin and Haiti.

It's currently available at 15 select Texaco fuel stations in Jamaica and will eventually be rolled out to all fuel stations across the island by the end of the year.

Amber's RFID system will also capture analytics on fuel expenditure and payment history that individuals can access through the app. It also allows for automatic invoicing, a service that Savadia said would be valuable to fleet owners and multi-car families.

Amber is a young firm that ramped up its activities after ICD Group took a stake and injected capital in the operation in May 2016. It launched into service in Jamaica as Amber Connect, supplying motor vehicle tracking devices, but has since grown to include Amber Fuels, Cooyah Tech and Aura Tech.

The group operates in 23 countries, according to Savadia.