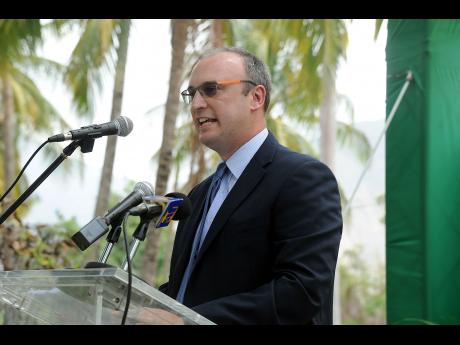 Facey Group is offering up nearly 92 million of the shares it holds in Seprod Limited for sale to stock market investors, but will retain a 17 per cent stake in the company.

Both entities are members of the privately held Musson Jamaica conglomerate.

The Seprod shares are being offered to the market at a bargain price of $23.99 per unit, or around half the $49.50 price at which the stock traded on Friday.

"I think a lot of people will want to buy them," said Seprod Chairman Paul Scott.

A prospectus for the share offering was posted over the weekend for the opening of business on Tuesday. The market was closed Monday for the National Heroes holiday.

Seprod's price closed down at $39 yesterday, but Scott is downplaying the disparity between the market price and the offer.

"That's the agreed price between the sellers and the bank doing the transaction. The market price we have today is not reflected in the time of the agreement," said Scott, who is also chairman and CEO of the Musson Group.

The offer is linked to the transaction in which Seprod acquired the consumer distribution unit of Facey Group last year in a cash and shares deal.

The value of the transaction was never disclosed, but the transfer price of the shares to Facey was $23.99 per unit - the same price at which it is offering them to the market - which valued that component of the deal at $5.2 billion.

"Seprod is a great company, and with the addition of Facey Consumer, it can even be a better company ... seprod will now be in control of its own distribution and that can only improve the operations," Scott said.

Facey received 217,148,936 shares in Seprod as part of the transaction, from which it is selling 91,914,894 units for $2.2 billion. Most of the shares on offer, 55 million units, have been reserved for special groups, leaving just shy of 37 million for other investors.

The offer opens for subscription on October 23 and closes a week later on October 30. Assuming full take-up, Musson Jamaica and Facey Group together will end up with just shy of 49 per cent of Seprod.

"It's better to own 32 per cent of a much bigger, stronger company. This is an earnings-enhancing deal, so all Seprod shareholders will be better off," Scott said.

The offer is being brokered by NCB Capital Markets Limited.