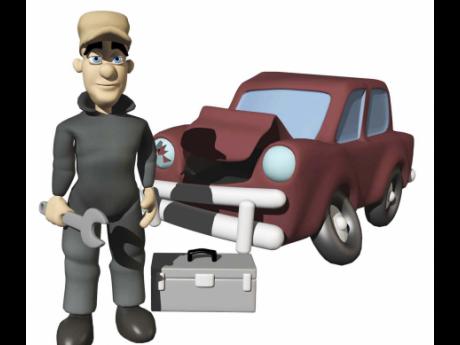 The insurance claims settlement process is certainly not rocket science.

It should be easy to design, operate, explain or understand. Settling most claims quickly and fairly should be a matter of routine.

In the case of one insurance start-up, Lemonade, it used artificial intelligence to review, approve and pay one claimant in three seconds. Yet, when claims are filed with traditional insurance companies — in Jamaica and elsewhere — the process is often beset with many problems.

They range from the perception of claimants by insurers as adversaries, the use of ‘foreign’ words in contracts, the absence of transparency, long delays, complexity, and ultimately, customer dissatisfaction.

One local consumer, for example, waited 12 months for a settlement decision on a theft claim for his motor car.  The industry standard is six to eight weeks. When told the decision, he learned that the insurer had refused to pay.

Six years before that, two expatriates accessed the local motor vehicle accident compensation system. They concluded that insurers were clinging to stone-age methods.

“We plan to use social media to tell all our colleagues and friends locally and overseas about what happened when we interacted with Jamaican insurers and how those and other experiences here have profoundly affected our views about the country and some of its peoples,” they wrote. The couple departed a few months later.

Entrepreneur, trainer, consultant, Gleaner columnist and friend, Yaneek Page, had interactions with the process this year. Her vehicle was rear-ended.  After her experiences in a search to get compensation, she wrote that Jamaica's national development plan, Vision 2030, is unattainable. It is also called “the road map for making Jamaica the place of choice to live, work, raise families and do business”.

In an article published on the social network platform LinkedIn, she said: “We aren't even packed yet, much less ready to go!”

Given the ongoing discussion in this column about the necessity for insurers to treat consumers fairly and improve the process by which claims are settled, today’s column will highlight some of the points in Yaneek’s article:

1. The car was rear-ended while it was stationary and waiting for a pedestrian to cross before executing a right turn.
2. The police visited the scene and conducted investigations. Their report confirmed that vehicle was lawfully making a turn, stationary at the time with the indicator on, when the other driver collided with its rear. The other driver was deemed to be at fault was 'warned for prosecution'.
3. An independent assessor report confirms that Mrs. Page’s car was rear-ended.
4. She submitted a claim to the insurance company of the at-fault driver since the cost of repair was below the excess on her policy.
5. The at-fault driver claims Mrs. Page’s reversed into her car. In spite of the fact that copies of the police and assessor’s reports were sent to the insurers of the third party, they have refused to pay Mrs. Page claim.  No information has been provided why the police and the independent assessor’s report have been ignored.
6. Mrs Page suffered back injuries, severe pain and is still undergoing treatment. Her doctor has ordered X-rays and Magnetic Resonance Imaging (MRI).
7. Medical expenses and other costs, including repair expenses, have been incurred as a result of the accident. She has also suffered a loss of income.
8. Even though she was not at fault, Mrs Page has been forced to take legal action in the Supreme Court to recover the damages suffered. This requires consulting with a lawyer, getting medical reports, giving instructions to proceed to court & document service. — The initial out of pocket costs to do this:

9. The next step in the process to get a legal remedy is to await court-ordered mediation. The cost for the first one is US$190 and US$65 per hour, per party thereafter.
10. Despite having purchased the “accident forgiveness" rider for the motor insurance, and despite the fact that she was not at fault, and her insurers paid out $0 because the accident damage is below the excess, her insurers notified her of a 100% increase in premium due to the accident.

The third-party insurers have since informed me that they appointed a forensic expert to investigate how the accident occurred. According to my informant, “he concluded that Mrs Page was at fault for the collision”.

Mrs Page is not a typical third-party claimant. She does not live in Cassava Piece or in any of the many inner city and other communities across the island. She is also a television personality and married to an attorney, who specialises in the handling of personal injury claims. Yet, her interactions with the motor insurance claim settlement process has left her feeling frustrated and treated unfairly.

What would be the situation if she lived in one of the previously-mentioned inner city communities?

Financial inclusion is a term that is increasingly becoming popular locally. It is used by politicians, bureaucrats, bankers and insurance company officials and others.  Its goal “is to improve the range, quality and availability of financial services and products to the unserved, underserved and financially excluded”.

Given the dysfunctions in the claims settlement process and the negative experiences of consumers, is financial inclusion in relation to the insurance industry a realistic goal?