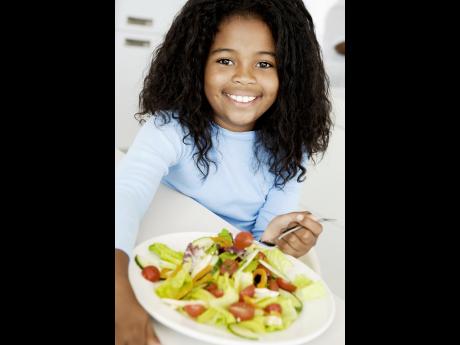 Children born in Jamaica at this time will only be 54 per cent as productive when they reach the age of 18 as they could be if provided with complete education and full health, according to the human capital index, a new study launched by the World Bank last week.

On the other hand, those in Trinidad & Tobago will have 61 per cent of the labour productivity they could have had if provided with the skills, knowledge and experience as well as the necessities for a healthy life.

According to the study, Trinidad, followed by Jamaica, have made significant human capital gains and rank ahead of other countries in the Caribbean region, but the researchers point out that despite such progress important gaps remain.

The World Bank describes human capital as consisting of the knowledge, skills and health that people accumulate throughout their lives, enabling them to realise their potential as productive members of society.

The human capital project, which the bank announced in 2017, is a global effort to accelerate more and better investments in people for greater equity and economic growth.

"We can end extreme poverty and create more inclusive societies by developing human capital," said the bank, noting that "this requires investing in people through nutrition, healthcare, quality education, jobs and skills".

The index measures key points along the trajectory from birth to adulthood of a child born today.

It is made up of five indicators: the probability of survival to age five, a child's expected years of schooling, harmonised test scores as a measure of quality of learning, adult survival rate (the fraction of 15-year-olds that will survive to age 60), and the proportion of children who are not stunted.

In a brief on Jamaica's human capital index, the World Bank said the probability of survival of Jamaican children to age five is 98 out of 100.

In Jamaica, children who start school at age four can expect to complete 11.7 years of pre-primary, primary and secondary school by age 18. However, when years of schooling are adjusted for quality of learning that is equivalent to only 7.2 years, a learning gap of 4.5 years.

In terms of harmonised test scores, students in Jamaica score 387 on a scale where 625 represents advanced attainment and 300 represents minimum attainment.

Across Jamaica, 87 per cent of 15-year-olds will survive until age 60, a statistic representing a proxy for the range of fatal and non-fatal health outcomes that a child born today will experience as an adult under current conditions.

For Jamaica, 94 out of 100 children are not stunted, while the remaining six out of 100 are stunted and are at risk of cognitive and physical limitations that can last a lifetime, according to the index

The human capital project seeks to raise awareness and increase demand for interventions to build human capital and aims to accelerate better and more investments in people.

The project has three elements -- the human capital index, a programme to strengthen research and measurement on human capital, and support to countries to accelerate progress in raising human capital outcomes.

According to the World Bank, in the poorest countries in the world, there is a significant risk that a child does not even survive to his/her fifth birthday. Even if that child does reach school age, there is a further risk that he/she does not start school, let alone complete the full cycle of 14 years of school from preschool to grade 12 that is the norm in rich countries.

The time that child does spend in school may translate unevenly into learning, depending on the quality of teachers and schools he/she experiences. At age 18, that child carries with him/her lasting effects of poor health and nutrition in childhood that limits his/her physical and cognitive abilities as an adult.

The index conveys the productivity of the next generation of workers compared to a benchmark of complete education and full health. It is constructed for 157 countries.