Venezuela holds on to Citgo refineries amid legal battle 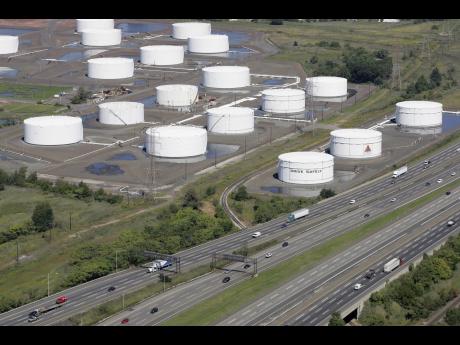 Venezuela will hold on to its Citgo refineries in the United States, settling a long-standing dispute that threw ownership of the crisis-wracked country's prized assets into peril as its massive debt mounts.

Venezuela on Friday began paying off US$1.4 billion that an arbitration panel said was owed to the Canadian mining firm Crystallex, following a disputed takeover of the company nearly a decade ago by the late-President Hugo Ch·vez. The initial payment of US$425 million enables it to hold on to the refineries.

But it's unclear whether Venezuela can continue making good on the debt owed to Crystallex and a long list of others who are now lining up to collect.

"There's not enough oil and money to pay everybody they need to pay now," Dallen said. "They're like hamsters on a treadmill."

Inflation in Venezuela could top one million per cent by year's end as the country's historic crisis deepens. In recent years, its oil production has also plummeted to its lowest level in seven decades.

Among many others who are awaiting cash, Venezuela has a pending US$1.3 billion settlement agreement with Rusoro Mining to pay off and another agreement with oil giant ConocoPhillips worth US$2 billion. Last year, Venezuela stopped paying down the US$65 billion owed to bond holders, and other creditors still await settlement deals.

Ch·vez, in early 2009 announced Venezuela's takeover of the Crystallex mining operations in BolÌvar state, a mineral-rich region that holds one of South America's largest gold deposits. He accused mining companies of damaging the environment and violating workers' rights and expropriated the Canadian company as part of a socialist revolution that's left the country now under the rule of President Nicolas Maduro.

To recoup its losses, Crystallex targeted Houston-based Citgo, potentially forcing Venezuela to sell off its most valuable foreign asset valued at US$8 billion. Citgo is part of the state-run oil company PDVSA and has three refineries in Louisiana, Texas, and Illinois, in addition to a network of pipelines.

Papers filed in a Canadian court Friday say that Venezuela made the initial payment to Crystallex and agreed to make good on the rest by 2021.

"You can duck and hide, but if a court says you own the money, you owe the money," Dallen said. "Like any creditor you don't pay, they're going to hunt you down."

Citgo did not immediately respond to a request for comment from The Associated Press.