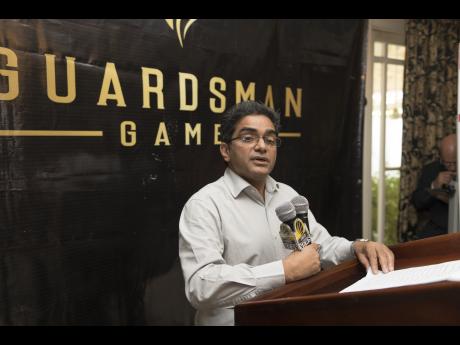 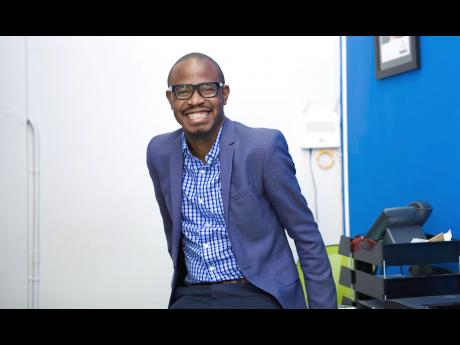 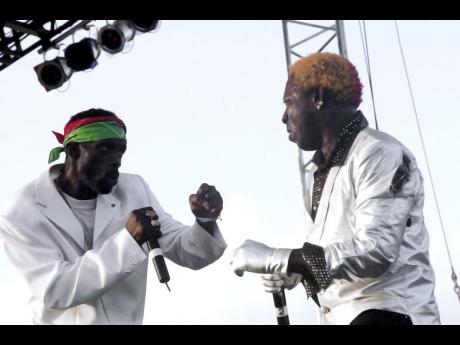 Ian Allen
This August 4, 2006 photo shows performers Ninja Man (left) and Elephant Man in performance on stage at the last staging of Reggae Sunsplash. A new effort is underway to revive and stage the concert in 2010.
1
2
3

Guardsman Group and eMedia Interactive, in which the security company has a 35 per cent stake, are to take another run at reviving a long-dead music festival that was the calendar event of its day.

Reggae Sunsplash, which fizzled in the mid-1990s, will come to life again within two years.

Guardsman and other interests last attempted a revival of the music festival in 2006, but it flopped. Since then, Reggae Sumfest has become the premier music event, which itself was taken over by a new investor, Joe Bagdonovich, two years ago.

"Now that we have new partners and there's a shared vision, then we can look at reviving Reggae Sunsplash. With the strength of what eMedia is bringing to the table, and while there are a few things that we need to do before, that prospect is now a reality," said managing director of Guardsman Group, Vinay Walia.

CEO of eMedia Tyrone Wilson said the project has already moved beyond a concept to the planning stage and that a venue in St Ann is under consideration but that the festival was not likely to be staged before 2020.

The partnership with the media company began after Guardsman Group hired eMedia to do advertising and creative work for pest-control subsidiary Orkin.

"We were left impressed with how they were executing the campaign. We were therefore encouraged to speak with Tyrone, and we asked if he wanted to join hands with Guardsman Group," Walia said.

Guardsman, which is one of Jamaica's largest private security companies and is also invested in diversified businesses, including the national zoo and a beach park, said it took a stake in the media company because they share a common vision.

"We thought that a 35 per cent stake would put us on a path to participate in a changing world where all are moving towards digital media," said Walia. "We shared the same vision and had the same thought process about how the world is moving and how we should move with it," he said.

The summer reggae festival was a calendar event between 1978 and 1996. There was no festival in 1997 due to financial worries that carried over to the 1998 staging, which was reported as a financial disaster. Other interests and Guardsman attempted to stage the festival in 2006, but that, too, failed.

Walia insists that this current effort for another staging will have a better outcome. And Wilson agreed, saying that while there may be challenges to overcome, the timing is in their favour.

"That is the nature of events, but with a product like Reggae Sunsplash and other competing products, you have to treat these events like businesses. The timing is right because there are many things happening now, including overall popularity, UNESCO World designation of reggae music, and so on," Wilson said.