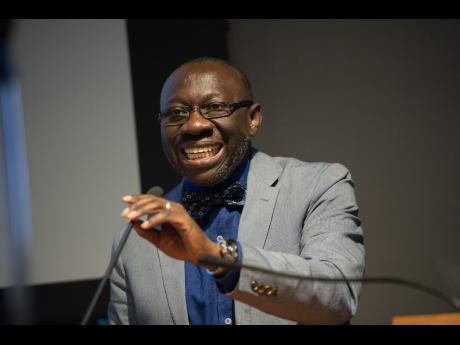 File
Professor Ernest Madu, chairman of the Heart Institute of the Caribbean. 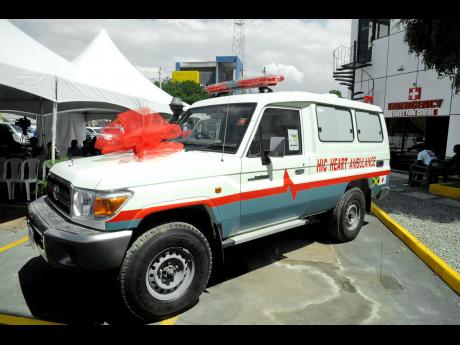 File
In this March 2018 photo, a newly delivered ambulance sits on the complex of the Heart Institute in Kingston.
1
2

After three-quarters of a billion dollars in expansion and upgrades, the Heart Institute of the Caribbean, HIC, has began building up its talent pool.

The medical facility is planning a near-doubling of its staff as it positions as the regional cardiac hospital of choice, both on the medical and administrative side of the business.

In the past few months, the 13-year-old Heart Institute has hired a new chief operating officer and executive vice-president - Sergio Gonzalez Lopez; as well as two specialists - Italian Dr Roberto Baglini and Egyptian Dr Ahmed Soliman Hegazy. The new hires have grown its corps of interventional cardiologists on staff to five, according to Heart Institute Chairman Professor Ernest Madu, who said he leveraged his contacts in the international cardiology field to identify potential recruits.

"We look at candidates for matching skills, personality, intellectual capacity, and so on, and we were fortunate to snag Dr Baglini, who is one of the most renowned interventional cardiologists in all of Italy," Madu said. "He is an expert in structural heart disease and we needed to fill that gap, and so, that is why we had evaluated several people in that category and decided that Dr Baglini was the right person for us."

The Heart Institute has gained the recognition of the American College of Cardiology, the ACC, which named Madu distinguished cardiologist in 2017. That recognition, he said, which related to his work at the Heart Institute, has served to pique the interest of experts in the field, and raise the profile of his hospital.

The five interventionists are part of the 75-90 persons employed by the Institute, with the upper range varying according to part-time positions.

Heart Institute is fresh off an 18-month cycle of upgrading its facilities. Madu says the facility budgeted $615 million for the projects, but ended up investing $750 million on infrastructure and equipment, resulting in the first and only dedicated cardiac surgery centre in the English-speaking Caribbean. The hospital features a 24-bed cardiac monitoring centre with six beds, and is the region's only cardiac intensive care unit.

The expansion and build-out of the team at HIC, according to Madu, has allowed the heart hospital to perform surgeries that are less invasive and were never possible before in Jamaica.

"A hole in the heart was something that required open-heart surgery, but now it is possible to enter through a vein and patch the hole without the need for more invasive treatment," Madu said.

"Since we have set up HIC in Jamaica, I can tell you that we have cut down the trips to Miami by more than 75 per cent, so there are fewer persons who will go to Miami or New York [for heart surgery]," he said.

Heart Institute is privately owned by a group of investors, and Madu continued to sidestep questions about the financial performance of the business.

He said, however, that the hospital's business model is predicated on tightly managed costs and cross-subsidisation that allows those who can pay for the full services to do so, while allowing HIC to offer care to those who cannot pay.

"Our principle is that no life is superior to another life, and so we will just have to find a way to make it possible. We have managed to operate a very efficient organisation, where we keep our costs at a minimum," he said.