Tesla walks back plan to close most showrooms 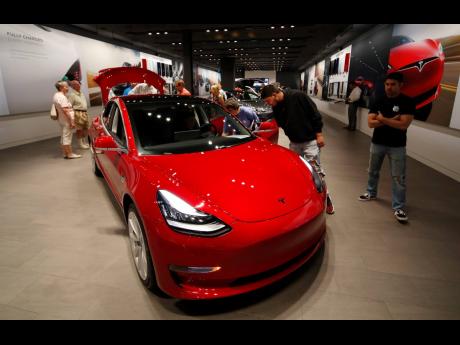 The Associated Press
Prospective customers confer with sales associates as a Model 3 sits on display in a Tesla showroom in the Cherry Creek Mall in Denver, July 6, 2018. 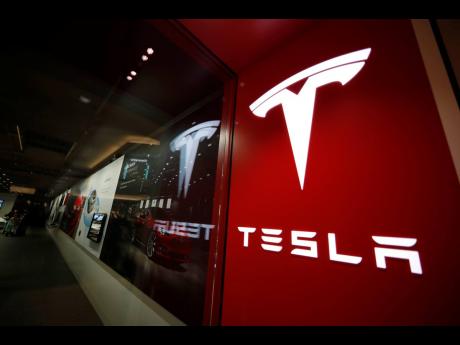 The Associated Press
A sign bearing the company logo is displayed outside a Tesla store in Cherry Creek Mall in Denver, February 9, 2019.
1
2

Tesla is walking back plans to close most of its showrooms worldwide and announced price hikes for most of its electric vehicles.

Tesla announced last month that it would shutter most of its stores to cut costs so it could sell its lower-priced Model 3 for US$35,000. The company continues its shift to towards online-only sales, but now says it won’t close as many stores as originally thought.

The US$35,000 base Model 3 will still be available, but the company is raising prices by 3 per cent on all other models.

In a Monday filing with government regulators, Tesla now says it closed 10 per cent of its stores, but a few of those will now remain open. Another 20 per cent are being evaluated, and some could remain open.

The company gave no numbers but said it would close only about half the stores that it had intended to. It has 378 stores and service centres worldwide and about 100 stores in the United States.

“As a result of keeping significantly more stores open, Tesla will need to raise vehicle prices by about 3 per cent on average worldwide,” a company’s statement said. “We will only close about half as many stores, but the cost savings are therefore only about half.”

Remaining stores could have fewer workers but will have vehicles available for test drives and a small inventory in case people want to buy immediately, the statement said.

The company also announced on Monday that it has purchased car-hauling trucks and trailers from a California company in a stock deal worth about US$14.2 million. Tesla paid for the purchase with about 50,000 previously authorised shares. Tesla wants to increase its vehicle transportation capacity and cut delivery times.

The reversal shows that Tesla had second thoughts about shuttering the stores and whether buyers would make such a large purchase without a test drive. The company says it still plans to offer buyers the ability to return purchased vehicles at no cost after a seven-day or 1,000 mile test drive.

Gartner analyst Michael Ramsey called the move “startling” and said it undermines the credibility of Musk and Tesla’s management.

“How else can you view it except to see it as a remarkable example of lack of foresight or planning?” Ramsey asked. “It’s almost as if the decision was announced and made without any analysis of what the outcome would be.”

Musk probably realised that he was locked into long-term leases on the stores that he would have to pay regardless of whether they were closed, Ramsey said.

The move made no sense to begin with because Tesla had spent millions fighting in courts and state legislatures, trying to change laws that prevented companies from selling vehicles at their own stores, Ramsey said.

But he also said, the move to close 10 per cent of stores and evaluate others is the right thing to do and said most retail companies do that all of the time.

Messages were left on Monday seeking comment from a Tesla spokesman.

In announcing the move on February 28, CEO Elon Musk said it was necessary to cut costs in order to profitably sell the mass-market version of the Model 3 sedan for US$35,000. That’s a price point needed to reach more consumers and generate the sales that the company needs to survive, Musk has said.

Before the announcement, the cheapest Model 3 started at US$42,900.

On February 28, the company said shifting totally to online sales would allow it to lower all vehicle prices by 6 per cent, on average, including its higher-end Model S and Model X.

At the time, Musk also walked back the company’s guidance that it would be profitable in all future quarters, saying it would post a loss in the first quarter of this year.

All other major automakers rely on vast dealer networks, but Musk co-founded Tesla in 2003 in an effort to shake up the industry, starting with a focus entirely on a fleet of cars powered by electricity instead of gasoline.