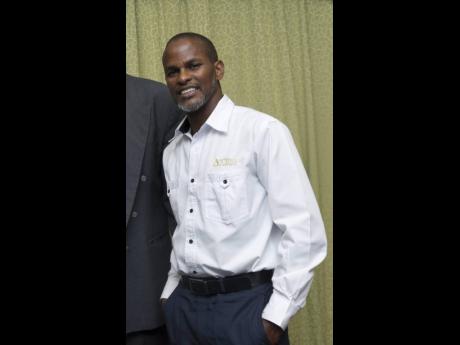 Few microfinance companies have finalised their review of the legislation that will soon police their business practices, but those who have are worried.

One of the top companies in the field, Access Financial Services Limited, warned this week that any action taken to cap micro loan rates could end up slowing the flow of capital to the MSME sector.

Sector representatives anticipate that the law when passed will lead to a curtailment of the rates they have been used to charging payday borrowers and small ventures, because of the bill’s provision tagging their rates to Treasury bill yields.

The bill known as the Micro Credit Act proposes to link loan rates to treasury bill rates and the cost of issuing micro loans. And all operators will have to obtain a licence from the intended supervising authority, Bank of Jamaica, to hang their shingles.

The rates currently charged by micro lenders, also referred to as MFIs and payday lenders, tend to range beyond 50 per cent and even beyond 100 per cent. T-bill rates by contrast are tracking just above two per cent per annum.

The regulations to be written following the passage of the law will determine how far the pendulum swings. The bill tabled by Finance Minister Nigel Clarke is clear in its intent to curtail predatory lending practices – which implies that the government wants dramatic change.

JN Small Business, which is said to be the largest microfinancing operation in Jamaica, as well as and other firms polled for this story, said they were still digesting the bill’s contents.

But last week, the head of the Jamaica Association of Micro Financing, Blossom O’Meally Nelson, also argued that since micro loans have short term horizons, which reflects the cost of doing business, it would be a mistake to set a template that annualises interest rates for MFIs. The association is recruiting a consultant for talks with the BOJ so that its concerns are reflected when the regulations are written.

This week Marcus James, the founder and CEO of Access Financial, said the bill has already brought uncertainty to the market.

“While the tabled Micro Credit Act speaks to placing a cap on interest rates by linking them to the Treasury bill rate, there is no indication of what the actual spread will be. At this point it is impossible to determine what the financial impact to Access will be until we know what rates will be allowed,” he said.

MSMEs often find themselves locked out by the banks, and tend to look to the microfinancing sector for financing. James warned that a restriction on rates could end up slowing the credit pipeline to the MSMEs.

“Personally, I think the Ministry of Finance has gone down the wrong road by seeking to implement a cap on interest rates which will create an unfair playing field and will ultimately limit the flow of investment into the MSME sector. The contraction of the flow of capital to MSME’s will inhibit economic growth,” he asserted.

Access, which is a listed company, currently generates $1.6 billion per year in annualised interest income. It’s loan book, which has been growing persistently, is now valued at $3.97 billion. Some of that growth is organic, based on the take-up of the company’s products and services, but some has come from acquisitions of rival businesses.

Some of the consolidation in the microfinance market is linked to the general interest rate environment, which has seen the cost of credit falling.

James notes that the nature of the micro lending business is the provision of credit, in the form of small loans, over a short time horizon within which the credit risk and cost of underwriting must be recovered.

“Placing a cap on interest rates at this time is unwarranted as market forces have resulted in a reduction in interest rates over the past couple of years to the point where many MFI’s provide credit to the sector at lower rates than regulated financial institutions,” he said.

“Government policy should not seek to affect the fundamentals of the business model but seek to formalize the sector by ensuring that operators of MFI’s are fit and proper and clients are protected by ensuring that institutions are transparent with their lending policies,” the microfinancier said.

Jamaica’s micro lending sector is estimated to have around 200 firms in operation, but only 36 are known to have sought the required waiver from the Ministry of Finance to offer loans beyond the rate stipulated in the Moneylending Act.

JamFin believes the legislation as written will end up sending many operators further underground.