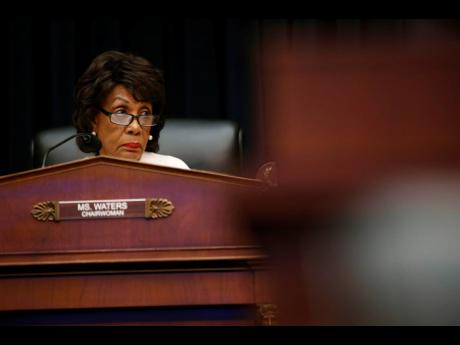 House Intelligence Committee Chairman Adam Schiff, D-California, said in a statement that the subpoenas are part of an investigation “into allegations of potential foreign influence on the US political process”.

Schiff did not name the other financial institutions or describe the subpoenas.

House Financial Services Committee Chairwoman Maxine Waters, D-California, said in a separate statement that “the potential use of the US financial system for illicit purposes is a very serious concern”. She said her committee is looking into those matters, including whether they pertain to Trump.

It was unclear exactly what the committees asked for. The investigations are among several House Democrats are conducting into aspects of the president’s personal and political life, and Schiff has said he is investigating whether foreign actors, including Russia, have sought to hold leverage over Trump or his family and associates.

Eric Trump, the president’s son and executive vice-president of The Trump Organization, said in a statement released Monday that the subpoenas were “an unprecedented abuse of power and simply the latest attempt by House Democrats to attack the president and our family for political gain”.

As part of his investigation, Schiff has said he wants to know whether Russians used laundered money for transactions with The Trump Organization. Trump’s businesses have benefited from Russian investment over the years.

Deutsche Bank is a German asset management firm that has lent Trump’s real estate organisation millions of dollars over time. The two committees have been working with the bank for several weeks, and both Waters and Schiff have said officials have been cooperative. Schiff said in his statement that the subpoena to Deutsche Bank is a “friendly” subpoena, meaning he expects them to continue working with the committees.

The request comes as a third committee, the House Ways and Means Committee, is sparring with the White House over Trump’s tax returns.

House Ways and Means Chairman Richard Neal, D-Mass, has set a deadline of April 23 for six years of returns. But Trump’s acting chief of staff, Mick Mulvaney, has said Democrats will “never” see the returns, “nor should they,” and “they know it”.