US industrial production slips in March 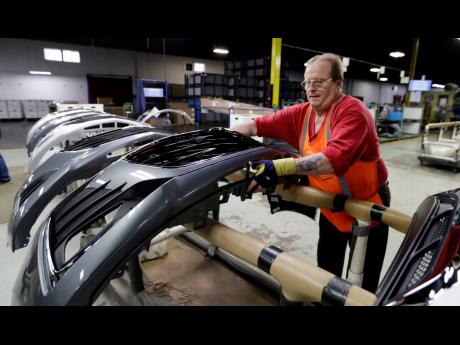 Industrial production in the United States fell in March, pulled down by a drop in mining output. Factory output remained weak amid a slowing global economy and trade tensions with China.

The US Federal Reserve says industrial output – combining production at factories, utilities and mines – slipped 0.1 per cent in March from the previous month.

The drop occurred amid a deceleration of the US economy as stimulus from last year’s tax cuts faded. Growth in US economic output slowed to a 2.2 per cent annual pace the last three months of 2018 from 3.4 per cent in the third quarter and 4.2 per cent in the second.

Manufacturing production was flat after dropping in January and February. In the first three months of the year, factory output fell at an annual rate of 1.1 per cent. Production of cars, truck and auto parts dropped 2.5 per cent in March and 4.5 per cent over the past year.

Utility production rose 0.2 per cent after a sharp 3.7 per cent increase in February.

The US and China have slapped tariffs on $350 billion worth of each other’s goods in a dispute over Beijing’s aggressive push to challenge US technological dominance. US President Donald Trump also has imposed import taxes on foreign steel and aluminium and is threatening to do the same for autos.

The International Monetary Fund, citing trade tensions, volatile financial markets and higher interest rates, last week downgraded its outlook for world economic growth to 3.3 per cent, tied with 2016 as the slowest since the recession year 2009.

American manufacturers have also been dinged by a rise of more than seven per cent in the value of the dollar against other major currencies over the past year. A stronger dollar makes American goods pricier and less competitive in foreign markets.

“The factory sector has taken the brunt of the dislocations associated with tariffs and uncertainties around trade policy, as well as dealing with the headwind of a stronger dollar,” Stephen Stanley, chief economist at Amherst Pierpont Securities, said in a research note Tuesday. “Thus, it is not surprising that manufacturing activity is underperforming the overall economy.”