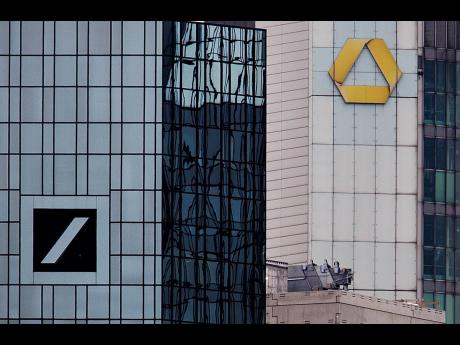 Germany’s Deutsche Bank and Commerzbank said Thursday they were halting talks on a possible merger that aimed to create a stronger global banking player, saying it would be too risky and costly.

Deutsche Bank CEO Christian Sewing said in a statement that that the combination “would not have created sufficient benefits to offset the additional execution risks” in carrying out such a sweeping combination.

He said a deal would have involved restructuring costs and required the banks to build up more financial buffers against possible losses.

The major German lenders had said on March 17 that they would discuss a merger. The country’s finance minister reportedly favoured the move, but there was widespread scepticism about the merits of a merger as both companies have struggled to overhaul their own businesses in recent years.

Deutsche Bank made a profit last year after three straight years of losses and a wrenching restructuring that has seen it shed thousands of jobs and pull out of countries where its business was less profitable. The company has paid billions for past misconduct, including a US$7.2 billion settlement with the US Justice Department for misleading investors in the sale of mortgage-backed securities ahead of the global financial crisis, in 2006-07.

Commerzbank, which was bailed out by the German government in 2009, has laboured to wind down billions in bad shipping loans. The government still owns a stake of more than 15 per cent.

Employee representatives and unions also baulked at the merger idea, which would have meant still more job cuts. The Ver.di union said that up to 30,000 jobs could be lost.

Investors reacted by pushing down Commerzbank shares by 2.3 per cent, while Deutsche Bank’s traded 0.4 per cent lower.

The apparent government push towards the merger comes as cabinet ministers have voiced support for the creation of larger companies that they think would be better able to compete on a global scale.

Deutsche Bank was on the 2018 list of more than two dozen globally significant banks compiled by the international Financial Stability Board, along with Wall Street institutions like Bank of America, JP Morgan Chase and Citigroup; Commerzbank, whose business is focused on lending to companies in Germany, did not make the list.

Two committees in the US House of Representatives have subpoenaed Deutsche Bank and several other financial institutions as part of investigations into Donald Trump’s finances.

The merger would have had to pass muster with banking regulators at the European Central Bank, who would be more concerned with the bank’s financial solidity than with global ambitions. Andrea Enria, who heads the supervisory division, was quoted March 19 by the Financial Times as saying, “I don’t particularly like the idea of national champions, of European champions,” while not mentioning any specific bank.

Separately, Deutsche Bank said it expects to report today, Friday, that its first-quarter net income was about €200 million (US$224.2 million) and net revenue €6.4 billion.