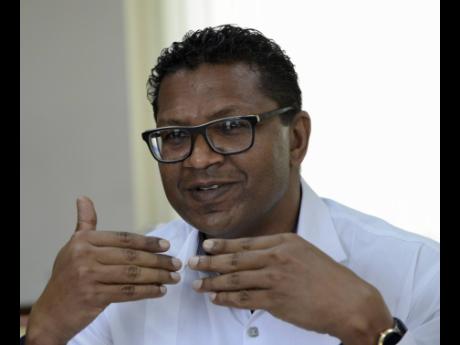 Jamaica need only prove that it can supply three-quarters of the market for condensed and evaporated to gain protection for manufacturers, but a top dairy producer, Seprod Limited, says it already has the capacity to serve 100 per cent of the Caribbean market for one of those commodities.

Last week, the Caricom Council for Trade and Economic Development (COTED) agreed to impose tariffs on condensed and evaporated milk imported from outside the trading bloc, but only if Jamaica could prove its claim that it had the capacity to supply 75 per cent of the market.

COTED will visit Jamaica on a fact-finding mission to assess its capacity to deliver.

It’s a victory for Kingston-based Seprod, whose CEO Richard Pandohie says the company has been lobbying for adjustments to the rules of origin over time.

“We’re encouraged that at the last Caricom meeting the secretariat has been asked to validate what we said we can do and we await next steps. Obviously, this is good news. Indeed, this is how we’re going to build the region,” Pandohie said.

Seprod had been lobbying the Jamaican Government and the COTED for the inclusion of both condensed milk and evaporated milk to be included on the list of imports that would attract increased duties under Caricom Common External Tariff, the CET.

The punitive duties would effectively raise the price of such imports from outside the region, giving internally manufactured products comparative advantage.

Although COTED’s decision covered the two product categories, Pandohie said Seprod had backed off of its lobby for evaporated.

“We had applied for both evaporated and condensed milk, but due to some WTO considerations in Suriname we took evaporated off the table for now,” Pandohie said.

He explained that the issue is a complex one that basically revolves around ‘a 20 per cent bound rate’ on imports of evaporated milk. This means that because of other bilateral arrangements between Suriname and other countries or bodies, such as the European Union, they are bound to levy a tariff of no more than 20 per cent on such products when they import them.

This fact could effectively scupper the whole effort in securing the COTED agreement, Pandohie said.

Seprod in the past three years has spent more than US$54 million upgrading its condensary at Bybrook, St Catherine. This involved closing the milk processing facility at Serge Island in St Thomas and transferring the machinery, which was consolidated with the equipment in place at Bybrook.

“We can supply 100 per cent of the demand in Caricom,” said Pandohie.

“As it is now that capacity is woefully underutilised since we’re producing at just over 30-odd per cent for the local market,” he said.

Seprod intends, he said, to first build out its Caribbean market for condensed milk before taking on international markets outside the region.

“What we really want is that we are cost-effective in our production, delivering at a price point that is attractive to our people in the region. Thereafter, we can use that as a launch pad to deliver our products to the rest of the world,” he said.

Minister of State in the Ministry of Commerce, Industry, Agriculture and Fisheries Floyd Green, who made the representation at the last COTED meeting in April, says he hopes COTED’s decision on the CET would be finalised and implemented before the end of the year.

“Government has asked COTED that by June the technical team should be in place along with the terms of the assessment,” Green told the Financial Gleaner.

“Once we get that we can look at a reasonable time frame. My hope is that by the time the next COTED comes around in October or November we will have a decision,” he said.

Although Seprod still has to prove its case to the fact-finding mission, Pandohie says the new developments are worthy of commendation.

“Until it’s done it’s not done, but special credit must go to Minister of State Green for the impressive way he quickly absorbed the necessary information to articulate a very convicting case, not only for Jamaica but for the rest of Caricom,” Pandohie said.