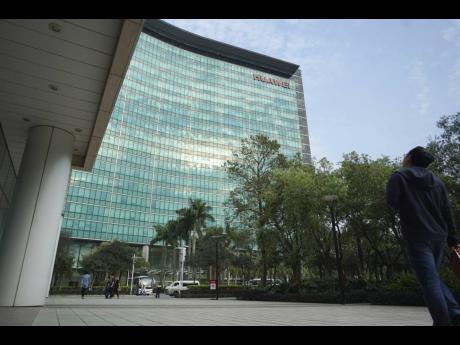 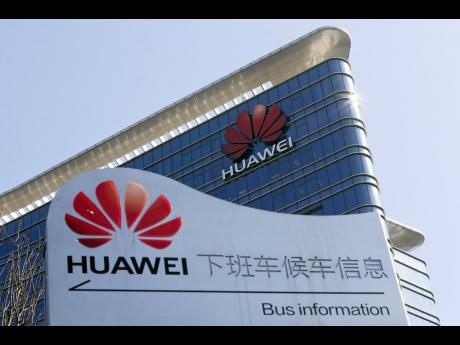 Being a head of government or a foreign minister is a thankless task.

Although normally advised by a small number of able civil servants and ambassadors, the pressure that senior politicians personally experience can be acute, particularly when they have to make choices affecting national security or a country’s international relations.

For small states such as those in the Caribbean, such decisions require a high degree of subtlety if the region’s diverse development, trade, investment, and security interests are to remain balanced and driven by national interests.

Despite the positive and important nature of the region’s long-standing and close functional ties with the United States, the region’s political and diplomatic skills are likely to be exhaustively tested as the region seeks to manage its future relationship with both Washington and Beijing.

This is because China and the US now appear to be moving beyond skirmishing over trade towards what could very easily become an economic war.

As has been widely reported, the White House has been rapidly escalating its tariffs on Chinese goods in the belief that such measures will slow China’s rise to equivalent superpower status and a related wish to protect the US economy.

On May 15, however, the US took a step that has much broader implications. It decided to invoke national security to add the Chinese telecommunications giant Huawei to an “entity list”, which requires US companies to obtain a licence before being able to trade with it.

The decision, unless reversed, is expected, over time, to halt the sale of Huawei mobile devices and equipment and cut off access from users of Huawei phones to apps including Gmail and YouTube. More importantly, it seeks to predetermine who will provide the next generation of 5G mobile internet services that will vastly improve everything from streaming to financial transactions.

As such, the measure has far-reaching consequences restricting other nations’ choice of technology as they and their providers upgrade their telecommunications systems.

Already, the decision has caused Google and others to stop supplying Huawei with Android software and others to halt the sale of microchips and components in order to meet US government requirements – steps that will have far-reaching effects on third-country governments and consumers alike.

The decision has shocked US tech companies, threatening to divide the global technology world and cause consumers everywhere to have little choice but to decide with which operating system and supplier their future lies. It may also have an indirect effect on tourism destinations attractiveness as many, if not most, western visitors expect to be able to access Internet services through devices using Android operating systems.

Some think the US decision, the implementation of which has been delayed for three months, might be an escalation intended to add to the pressure placed on China to reach a new trade agreement.

Others are not so sure. They cite comments by US Commerce Secretary Wilbur Ross, in which he said that the sanctions would enable the US “to determine the appropriate long-term measures for Americans and foreign telecommunications providers that currently rely on Huawei equipment for critical services”.

The Huawei decision attempts to draw a line of fundamental historic importance. It marks the start of an economic and technology-led cold war that for political, historical, cultural, and economic reasons, China could well assess it no longer has any wish to avoid.

China has time on its side because of its political system, still growing military strength, broad-based investments, and trade relations, especially with the developing world. This, and its commitment to multilateralism, means that it has many more political and trade options open to it as it seeks to become a global technological power at least equivalent to that of the US.

It is, therefore, hard to escape the view that unless the US and China can find a way to accommodate each other and de-escalate, every country that has sought a positive relationship with both superpowers may have to find new ways to navigate the increasingly dangerous waters between the two.

For the Caribbean, this is particularly complicated as not only is it geographically proximate to the US, but the rupture is occurring just as the region is hoping to broaden its future investment and trade relationship with Washington.

As C aricom Secretary General Irwin LaRocque noted recently, the region wants the US to extend the World Trade Organization waiver for the Caribbean Basin Trade Partnership Act beyond its expiry this December to allow Caribbean goods continued non-reciprocal duty-free access to the US market.

Moreover, C aricom already has in place a detailed understanding with the US on security providing for a wide range of regional initiatives on everything from addressing organised crime to information exchange and addressing terrorism, has an understanding on how US might help build a Caribbean resilience partnership around disaster risk reduction and response, and is developing new energy initiatives.

Despite this, most of the region also wants a positive and close relationship with China, ideally of the ‘second generation’ kind that is now developing rapidly with the Dominican Republic. In the short time since relations were established in 2018, Dominican Republic exports to China quadrupled to US$180 million in the first quarter of this year, high-level business exchanges on major infrastructural and private sector investment have taken place, discussions have begun on tourism and possibly direct flights, and there are unconfirmed reports that President Xi Jinping may visit.

How transactional the US intends to be when it comes to negotiating new trade deals with the Caribbean remains to be seen, but the selection of a limited number of Caribbean Heads to attend the Mar a Lago meeting with US President Donald Trump in March and recent statements on relations with China, Venezuela, and Cuba by US National Security Adviser John Bolton do not bode well.

In the coming months, Caribbean leaders will have to balance the region’s development needs, the huge sums China has for infrastructure and investment, with the importance of maintaining a close relationship with the US – all of which suggests that they will require something more than the wisdom of Solomon.