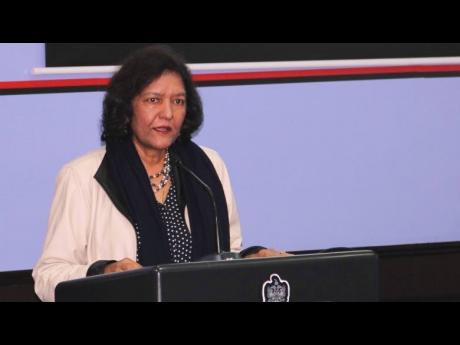 Tahseen Sayed, World Bank country director for the Caribbean, says more investment is needed to save lives in a region hit annually by storms.

Mottley also called on Western metropoles with large carbon footprints to recognise their role and accept responsibility in affecting the Caribbean’s violent climate.

The World Bank currently has some US$2.5 billion in loans to the region, with half of those funds directly aimed at disaster management.

“Clearly, this is not enough. We need to do a lot more. The international community needs to do a lot more, not just to improve lives today but protect their lives from future issues,” said Sayed in her address at the launch of the week-long Understanding Risk Caribbean Conference.

The region has argued for special and differential treatment for more than 25 years, citing the ­distortionary effect of global trade on the region.

“If we were unsuccessful then for those decades, then how successful can we be now with respect to the acknowledgement of the rest of the world that these countries are on the front line of a war we did not start or maintain?” she said in reference to changes in climate, particularly rising sea levels and more frequent and violent storms.

Mottley argued that a capital sinking fund was needed for replacement of infrastructure. She said that once countries upgrade their infrastructure, that will lay the foundation to demand redress from main carbon-emitting nations.

“When getting our things right, it is critical that we engage those who put us on the front line with this battle,” she said.

She started her speech arguing that the original inhabitants of the region were wiped out by both natural and man-made disasters and that the future of the region depends on maintaining risks to avoid a repeat of those outcomes.

Ambassador Gail Mathurin, director general of the Office of Trade Negotiations, argued the need to build resilience. She said the region contributes one per cent of global carbon emissions yet remains “severely” affected by ­climate change. She said the financial cost of disasters sets nations back several years or ­decades, quoting a third-party study that indicated that the region lost between one and two per cent of its GDP per annum due to natural disasters during the period 1990 to 2014.

Christian Leffler, deputy ­secretary general of the European Union’s External Action Service, said that the European Commission is committed to supporting the Caribbean and that in the past year and a half, the EU has pledged €300 million for resilience building.