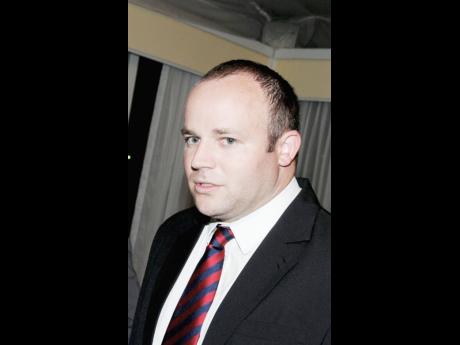 SSL Venture Capital Jamaica Limited, which trades as SSL Ventures, disclosed a disagreement with its auditor, whose conclusions about the quantification of goodwill regarding three new acquisitions it questioned in a filing posted on the stock exchange.

Its disagreement with Baker Tilly was among a list of clarifications and expected actions provided to the JSE Chief Regulatory Officer, Andrae Tulloch, regarding SSL Ventures audited accounts for year ending December 2018. The actions include cleaning up the company’s bookkeeping and accounting records.

SSL Ventures began operating last summer following Stocks & Securities’ reverse takover of listed and failed music publisher C2W Music Limited. The company, which is still in its development phase as an equity investor, will seek to adopt a series of measures aimed at improving its regulatory compliance.

But even as it works through those issues, SSL Ventures, headed by Mark Croskery, is tying up negotiations and expects to announce another series of acquisitions shortly, which would add to its existing subsidiaries. The new companies span the fields of healthcare and solar energy.

Its first three purchases were announced shortly after the reverse takeover and SSL Ventures began trading on the junior market of the Jamaica Stock Exchange, JSE.

In its audited results for year ending December 2018, which comes months into the transition from C2W to SSL Ventures, the company booked goodwill of $107.5 million relating to the acquisitions, which equates to one-third of the $291 million of total assets. The auditors say they could not sufficiently test the fair value of that line item.

SSL Ventures took issue with that assessment in a letter to the stock exchange’s chief regulatory officer.

“We disagree with the goodwill assumption and are working on this with the auditor. Discount cash flow valuations are being done to satisfy the auditor, as goodwill is judgmental and a stronger case needs to be given to Baker Tilly,” said SSL Ventures, whose letter was posted on the Jamaica Stock Exchange.

“Stronger source documents will be provided to the auditors,” the company added.

Companies use goodwill to account for the price paid for a business or asset minus its fair value. The buyer may overpay when purchasing in order to incentivise the owner of the asset to sell, on the assumption that the value of the asset or business would rise over time after the acquisition.

SSL Ventures also advised the regulator that its accounting software, QuickBooks, used to generate data is currently being cleaned of duplicated, incorrect billing and unused entries. This improvement is expected to be reflected in SSL’s first-quarter financial report for March 2019, which is pending.

Baker Tilly avoided giving an opinion on SSL Ventures’ 2018 audited results due to what it described as insufficient information on its subsidiary companies. The auditor said it was unable to ascertain details about a significant amount of revenue, payables and goodwill.

SSL Ventures will be producing another set of audited results for the period ending June 2019, which are to be filed with the JSE by the end of August. It comes as the company has effected a change of its reporting period from December to June.

The company said its “next steps are to conduct another audit as at June 30, 2019, with the objective of receiving an unqualified audit opinion as per the JSE rules” and that its “next series of acquisitions will be announced imminently”.

In a separate market filing, SSL Ventures advised that a memorandum of understanding between Muse 360 Integrated Limited and Trend Media Limited, a subsidiary of Digicel Jamaica Limited, signed in January 2019 has been delayed until August, in order for lawyers to make final changes to the shareholder’s agreement.

Muse is selling 10 per cent of a subsidiary to Trend Media.

Last week, CEO of SSL Mark Croskery said in response to Financial Gleaner queries about the audit statement that the entities involved were young companies and so were not expected to have administration in place at the level of a publicly listed company.