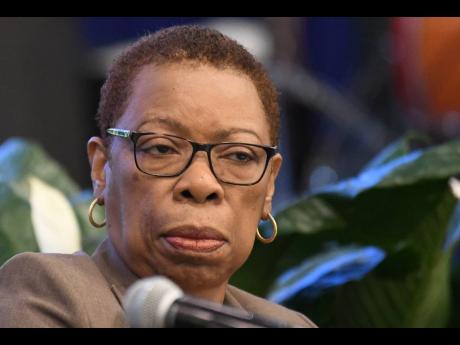 Jobs are on the rise across Jamaica and unemployment is at a low 7.8 per cent, but the head of the Statistical Institute of Jamaica, Statin, fears the slowdown of the global economy might cut into the gains and reduce the pace of job growth in the medium term.

“Because the Jamaican economy is so open, one would expect that a global downturn could impact,” said Statin Director General Carol Coy at her quarterly briefing on the latest statistics compiled by the agency – specifically updates on the labour force and inflation – in Kingston on Thursday.

Coy said that while forecasts are not the remit of Statin, one would expect to see a reduction in activity, with a potential impact on jobs, were economic activity to contract. Statin, an agency of the Ministry of Economic Growth and Job Creation, collects analyses and publishes data over review periods, whether monthly, quarterly or yearly.

She said the correlation between growth and employment remains nebulous, because some industries have less value-added impact on GDP growth but are relatively large employers.

“One expects that as the economy grows then you would have increased employment, but there is not a direct correlation, because it depends,” she said.

Persons are considered employed if they engage in economic activity for at least one hour during the reference week, according to Statin in its fact sheet.

“You could have growth in jobs in agriculture, but this might not be reflected in the overall growth,” she said. “So if you have jobs at the lower level of the spectrum then this might not necessarily translate into similar growth pattern in the GDP.”

The unemployment rate at 7.8 per cent at July 2019 reflects a dip of 0.6 percentage point relative to July 2018. The lower rate was influenced by a decline in the number of unemployed females.

Employment continues to hover at around all-time highs in the wider context of consistent, albeit low, economic growth and low inflation.

In the July 2019 labour survey, employment in the economy grew to 1.36 million persons, up 2.6 per cent year-on-year. The Jamaican economy grew by 1.3 per cent in the June quarter, making it the 18th consecutive period for growth. However, economic output on an annual basis continues to struggle to break through two per cent growth, a situation that concerns economic monitors and the central bank.

Inflation for the calendar year to date, January to September, stood at 3.7 per cent, and over 12 months was estimated at 3.4 per cent.

It’s the slowest pace since the Western financial crisis, stated the IMF.

The downbeat forecast results,` in part, from the trade war being waged between the United States and China. The IMF said growth remains affected by rising trade barriers and increasing geopolitical tensions.