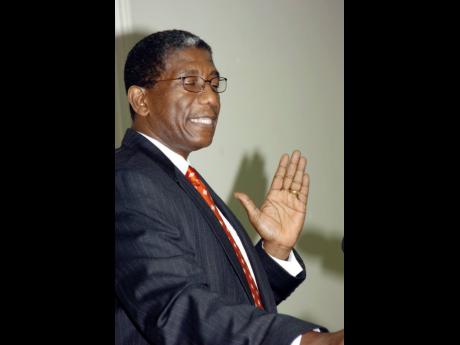 Marathon Insurance Brokers, a brokerage firm in operation north of 20 years, plans to triple market share in motor insurance through the launch of a platform that allows consumers to compare prices for auto insurance offered by multiple general insurers.

The platform, MIBinsure, was developed over five years at a cost of $100 million.

Marathon currently has four branches across the island and transacts roughly $700 million in motor insurance business of the $25-billion market. It wants to triple its market share to nine per cent over the next 12 to 15 months.

The company has partnered with all 11 general insurance providers across the island and is confident that the new product will provide consumers with better pricing, more choices, along with the convenience of doing business online.

“What we are trying to do is wake up an industry that has been in slumber for the past 40 years. What is demonstrated today – the second most popular car, that is the Honda Civic between the highest premium from one insurer and the lowest premium from another insurer, the difference is 66 per cent in insurance costs. That’s a lot of money,” Marathon Insurance Chairman Richard Burgher told the Financial Gleaner on Wednesday.

“That, however, depends on the amount of risks involved,” he added.

Marathon Insurance lists on its website cyber risks, fidelity guarantee business interruption, public liability, professional indemnity, money, motor, property and renewable energy as some of the products and services provided by the company. Motor insurance currently accounts for 28 per cent of the its business.

Burgher argues that although Jamaica’s insurance industry has had compound annual growth rate of approximately seven per cent over the past 10 years, the way business is conducted has remained relatively the same for decades.

“There is no existing medium that allows the Jamaican consumer to compare and choose insurance coverage from every insurer that is willing to provide you with a quote on your motor cars or motorcycle,” he said.

The businessman, who said he is targeting individuals with seven to 10-year-old vehicles valued at roughly $1.2 million, has decided to waive the processing fee which usually runs at $3,000 for individuals using the platform to seek insurance providers.

Marathon will act as intermediary between the consumer and the insurance provider whose package they selected through the platform, after which customers will be locked into annual contracts.

Consumers who insure their vehicles through Marathon will have up to nine months to pay off their annual premiums.

The platform now allows for the online processing of motor vehicle insurance, cover notes and invoicing. By next year, Burgher hopes that customers will be able to renew the policy through the platform, report claims and get their claims settled online.

The additional buildout is expected to be financed from proceeds that Marathon hopes to raise on the stock market in an initial public offering, IPO, of the insurance brokerage’s shares on the junior market of the Jamaica Stock Exchange.

Burgher is eyeing March 2020 for the IPO. The company is aiming for the maximum capital raise of $500 million that a junior market listing allows.

The funds, he said, will be used for the development of software in support of the company’s business initiatives, and to fund insurance loans to consumers. The technology that Marathon Insurance aims to implement is intended to ensure that the reporting of an accident and the processing and payment of the claim that arise from it takes no more than five days dating from the day the accident report is made.

“Software development is [an] expensive venture and one of the things that we are going to do is to make settlement of your claims a simple duty. Typically settling your claim in this country takes maybe up to 60 days; we are trying to get a claim settled in less than five days,” he said.