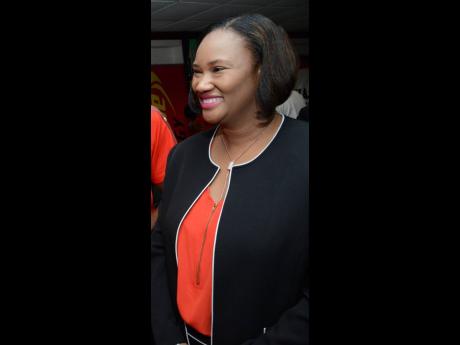 As the Pension Industry Association of Jamaica, PIAJ, pushes for the Government to hasten its pace on phase-two reforms of the pension system, the Financial Services Commission, FSC, is now signalling publicly that it’s looking to deliver by next March.

It’s been 15 years since the pension law was passed under phase one of the reforms to modernise the system.

The next stage of the reforms will consider adjustments to key areas of the Pensions (Superannuation Funds and Retirement Schemes) Act, to allow for pension portability, maximum vesting periods, hardship withdrawals, pension pay-out products, and allowance for retirement savers to participate in more than one pension arrangement.

The Pensions Act of 2004 – which required the registration of all pension funds and schemes; as well as licensing or registration of the various players in the industry, such as trustees and fund managers; and gave the FSC investigatory powers – took effect in 2005, while the regulations were promulgated in 2006.

Discussions have been ongoing since, under the rubric of the FSC as regulator of the private pension market that is now valued at more than $600 billion. And while the legislation to advance the phase-two reforms have been drafted, the discussions about its contents have largely been behind closed doors.

“We have spoken about phase two on so many levels,” FSC’s Senior Director of Pensions, Cornelia Harper-Peck, told the Financial Gleaner on the margins of the annual Victoria Mutual/PSOJ retirement seminar in New Kingston on Wednesday.

“What I can say is that there is definitely a thrust to have the phase-two reform done by early next year. My team has been working very hard, very diligently reviewing the bill which has already been drafted to ensure that it is in line with the expectations and the needs of the industry,” she said.

The pension director’s presentation at the seminar named March 2020 as the target date.

“While we admit that it has taken some time, what it has given us is the opportunity to ensure that all of the challenges we face are being incorporated in this amendment that we are about to put forward,” she told the Financial Gleaner, while explaining that some of the delays were due to shifting priorities.

Over time, there have been adjustments to the pension regime, the most recent of which was the Pensions (Superannuation Funds and Retirement Schemes) (Investment) (Amendment) Regulations 2019, which broadens the range of permissible assets in which pension funds can be invested. It’s expected to unlock about $50 billion for investments.

The FSC is also working on micro pensions system for Jamaica that will offer options for persons both in the formal and informal economy. Its one of the fixes under contemplation by the regulator for the persistently low levels of pension penetration in Jamaica, where less than 10 per cent of the workforce are pension savers.

“We realise that even though pension membership and pension assets have been growing, pension coverage has not been growing at the pace we want it to, and so we had to go back to the drawing table and figure new strategies,” Harper-Peck said.

“The micro pensions framework typically focuses on ‘low-incomers’ contributing money in a pooled situation so that that they are able to get a suitable retirement benefit. It means that FSC will be able to create a product that works for Jamaica.”

The FSC has since engaged a consultant to undertake a diagnostic study which will include an analysis of the existing pensions system, the wider financial sector, including the informal sector banking and savings, relevant insurance products, mobile money and other salient issues such as national identification, with a view to identifying innovative and evolving savings mechanisms.

The consultant’s identify has not been disclosed.

“However, we can say they have extensive experience in designing and implementing micro pension frameworks as well as regulatory policy design throughout Latin America and Africa,” Harper-Peck said.

As to whether the new tourism workers’ pension scheme developed by the Ministry of Tourism will form a template for the micro pension programme, the FSC official said it depends on what the consultant recommends.

She adds that whatever emerges, it is meant to complement the National Insurance Scheme, NIS; and that features of systems in jurisdictions such as Ghana, India, Kenya and Nigeria may be adopted.

“There are some amendments that we are proposing through phase two that are in line with micro pension features. We don’t want to wait on research to allow us to do what we already know we can do,” Harper-Peck said.

“We will examine the current system to see where tweaks can be done, but the idea of creating a new framework just for micro pensions will be explored,” she added.

“We will look at other avenues for contributions, perhaps small amount towards pension after each grocery purchase, topping up on credit card, paying utility bill and, at the end, the system asks for one per cent of the utility bill cost to go towards your pension benefit. Is that simple enough? Is that something people would do? These are things that must be explored,” the pensions director said.