Sygnus to raise $4.5b for new financing deals 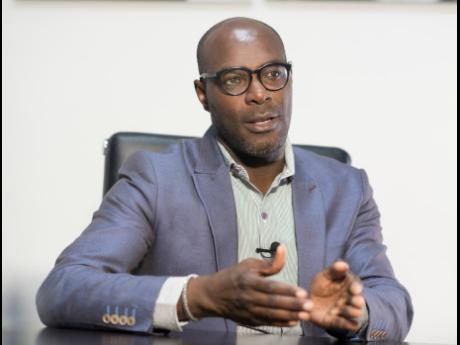 Sygnus Credit Investments Limited is aiming to raise US$35 million from the market by March next year, to take advantage of a series of deals lined up for financing, says CEO Berisford Grey.

Sygnus is in the business of providing credit to other companies and ventures.

“Next year at Sygnus we expect to continue growing the business. We want to double the business by raising about US$35 million in capital,” Grey told the Financial Gleaner. The targeted fund raising translates to around $4.5 billion in local currency.

The company is going after a mix of debt and equity and will approach in the market in stages. It will start with a debt raise, Grey said.

Sygnus in its two years of operation has provided backing to 19 companies, totalling just over US$33 million. The investments are spread across eight industries in five Caribbean markets, but is mostly concentrated in Jamaica, where 60 per cent of the portfolio is invested.

Grey says Sygnus plans to add more regional businesses to the portfolio, a plan that should see the Jamaican portion falling to 40 per cent.

“Jamaica will always be our anchor market, and even as we say we want about 40 per cent of our investment in Jamaica for the long term we want to pursue regional diversification by staying true to our mandate as a regional firm,” he said. “We are growing the portfolio, so if we double the business next year on that US$35 million raise it will be reflected in being heavily invested in Jamaica relative to everyone else.”

The company has identified prospective deals worth about US$40 million, at various stages of review, but does not expect to invest in all of them.

“… Not all opportunities will crystallise, so to speak. There are some, when it comes to due diligence and so on, we might not want to go forward with them. So US$35 million gives us enough cover in terms of desired growth,” Grey said.

Asked how double-digit yields were possible in an environment of single-digit interest rates, Grey said Sygnus operates on the principle of total return, which includes customised solutions that allows the company to take a low-interest debt and participate in the upside by taking a share of profit from the companies in which it invests.

“The capital that we have operates in a particular space, that is, medium risk. That calls for creativity, flexibility and customised solutions to give outcomes,” he added.

“While it is true that a high return implies greater risk, the reason why we can command a premium on capital that we provide is because of the alignment with the strategic objectives of the medium-sized firm,” Grey said.

Non-performing loans in Sygnus’ portfolio stood at zero for the financial year. But the company is alert to the possibility of that changing as its portfolio grows.

“We’re not naive to believe that we will have zero NPL as the portfolio and the business grows. Our intention is to manage that NPL below five per cent,” he said.