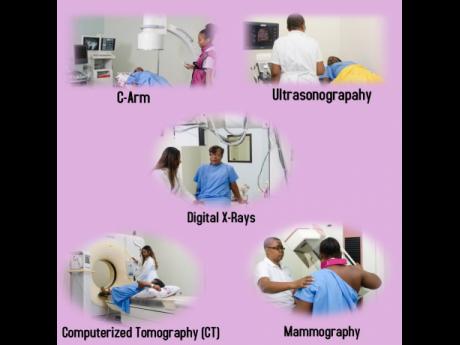 One of the last known private equity deals struck just before Mark Croskery exited the leadership of Stocks & Securities Limited has been killed by the new management.

Through SSL Venture Capital Jamaica, SSLVC, the company was poised to take a minority stake in a fourth business, but CEO of SSL Group Zachary Harding now tells the Financial Gleaner that the initial agreement had not been fully executed, and that the new team did not consider it a good fit and backed away from the deal.

Harding is focused instead on finalising a deal for a stake in a fintech firm in a few weeks, while also pursuing other potential acquisitions in Jamaica and the Caribbean region.

Croskery departed the company in mid-September. Prior to that, as CEO of SSL Group and SSL Ventures, he had struck an agreement with radiologist Dr Welsford Sinclair, who currently provides radiology services at Portmore Pines Imaging, and US business partner Joseph Jenkins, to pump equity into the company in exchange for a 20 per cent share of the operation.

In August, Jenkins told the Financial Gleaner that the company was expected to receive roughly US$3 million (J$405 million) for the business partners to set up a stand-alone venture called Alpha Imaging Limited, dealing in radiology services at 21 Tangerine Place in St Andrew.

The first phase would see the company offering the most advanced diagnostic imaging services in Jamaica before looking to expand its footprint across the Caribbean.

“The shares were stamped, duly certified and duly transferred to SSL Venture Capital,” said Harding. “However, he [Mark] never paid them the money. In addition to that there was no board approval, no discussion about it at the board meetings, there was no approval given by the company to go ahead and purchase the shares,” he told the Financial Gleaner.

Efforts to reach Mark Croskery for comment were unsuccessful.

Harding, whose role as group CEO took effect on September 16, 2019, said that when he and Anthony Dunn, the chief operationg officer of SSLVC, examined the agreement, they both formed the view that it was not the right type of deal for the company and was forced to reopen talks with the owners of Alpha Imaging.

“After looking at the business plan and the proposal, we made a decision that we no longer wanted to invest. They then wrote to us saying that they had signed an agreement and they wanted to collect their money,” Harding said.

“Despite premature announcements via social media, there had been no proper internal approvals for the consummation of the deal, and consideration had not yet passed. The board then accepted our recommendation to negotiate an amicable separation agreement with the Alpha Imaging team,” he explained.

Alpha Imaging investor Jenkins told the Financial Gleaner that he would not comment on the issue.

The board of SSL Growth Equity has since reached an agreement with the attorneys of Sinclair and Jenkins, according to Harding. Documentation separating SSL Ventures from the transaction and returning the 20 per cent stake in Alpha Imaging to the principals are being drafted.

“We are happy to update that we are now aligned and have both accepted the terms and conditions of a full and final separation settlement ... but the details we obviously won’t go into,” Harding said. “We will both move to sign and close quickly, separating SSLVC from the transaction and allow the directors to do a proper raise from investors who share the same vision for the direction of their business.”