Wexford acquired by Altamont hotel owner - To rebrand as Hotel 39 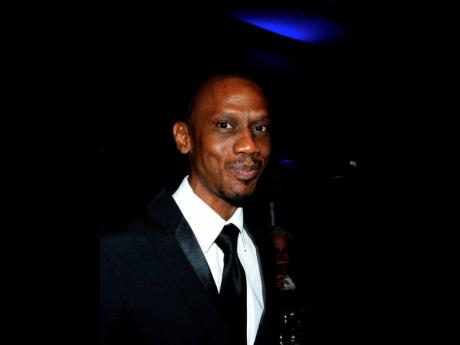 Hotel company Jartena Properties Limited has bought Montego Bay’s 84-room Wexford Hotel, which had been on the market for some time.

The new owner, which also owns and operates the Altamont Hotel in Kingston and Altamont West in Montego Bay, plans to reopen the now-shuttered Wexford property by April under the name Hotel 39, after significant upgrading.

Jartena/Altamont CEO Christopher Jarrett declined to disclose the purchase price or the size of the investment being made in refurbishing the property located a stone’s throw from Altamont West on Jimmy Cliff Boulevard on the ‘Hip Strip’ in the resort city.

Jarrett said the hotel, previously owned by Antoneal and Carlyle Allen, was acquired from National Commercial Bank last August. The circumstances under which NCB came into possession of the hotel are unknown.

The Allens had purchased the hotel from hotelier Godfrey Dyer in 2006 for a price that was not disclosed. They were reported to have invested some US$4 million in upgrading the property, including the addition of more than 20 rooms and suites.

In 2014, Wexford was put up for sale with an asking price of US$12.5 million. Up to last year it was listed on several real estate sites, including the United States-based internationallisting.com. The posting on that site described the property as a “cash flowing beach hotel” with a US$5-million “assumable mortgage”. It was priced at US$9.5-million with a note that it had been appraised in 2013 at between US$16-million and US$18million and was being offered for sale below its valuation.The unimproved value of the land, listed as 6,575 square metres, has been set at $37 million for land tax purposes by the Land Valuation Department.

“We’d rather not disclose the cost of the refurbishing exercise, but suffice it to say it’s a significant investment,” Jarrett said in a written response to questions from the Financial Gleaner on the acquisition and plans for the property.

The new name selected for the property, Hotel 39, refers to its address at 39 Jimmy Cliff Boulevard, formerly known as Gloucester Avenue.

“We want the property to stand on its own and have its own identity. The property is also different from what the Altamont brand has sought to establish,” Jarrett said of the name.

The hotel will be catering heavily to the meetings, incentives, conferences and exhibitions market with its small to medium sized conferences facilities, for which Wexford has established a good reputation, having been expanded. According to Jarrett: “The plans are to totally refurbish the property to bring a fresh new product with particular emphasis on modern meeting, conferencing and events facilities. We have created two additional meeting/conferencing spaces and it will be the only property on the ‘strip’ with such facilities (including) available parking.”

He adds that the refurbishing involves gutting much of the existing buildings and rooms which have design weaknesses. A more fluid and modern design is being created with more open spaces.

Jarrett notes that Montego Bay is known for consistent occupancies over the years while, “the pie in Kingston has gotten smaller as several new properties have come on stream.” Despite this, the hotelier is expressing confidence that the increased rooms, “will eventually lead to a more vibrant and robust industry as more conference and event planners start to focus again on Kingston as their destination of choice as a result of the fact that enough quality rooms are available.”

A new cadre of staff has been assembled for Hotel 39. “We have hired a new chef who is arguably the best in Montego Bay as we plan to establish ourselves in the food and beverage space,” Jarrett said.

Altamont’s flagship Kingston property was started in 1982 as an apartment complex with 12 units. Altamont West, which opened in 2006, grew out of the 2005 acquisition, expansion and upgrading of the former Belvedere hotel.