Knutsford Express headed to May Pen in February 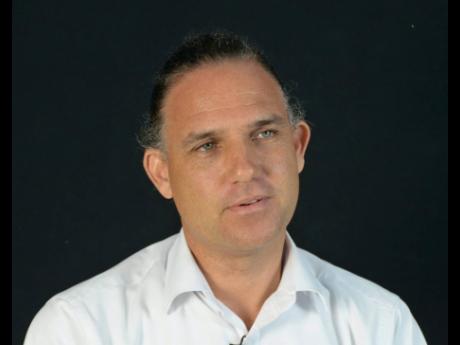 The new operating point will offer daily connections, serving routes along the north coast and south coast into Kingston.

Knutsford Express CEO Oliver Townsend did not disclose the cost of developing the facility, but said the May Pen office was one of four moves the company was excited about this year.

Townsend is also upbeat about Knutsford’s recent introduction of a double-decker coach on the New Kingston to Montego Bay’s Sangster International Airport service; the Drax Hall, St Ann development; along with its new ‘Moving What Matters’ brand campaign.

That campaign along with toll fees from new routes travelled by Knutsford Express were cited as factors behind the 46 per cent dip in the company’s profit for the six-month period ending November 2019. The decline in net profit marks two consecutive quarters of reduced profit for the business due to one-off investments.

“Our results have been impacted by increases in expenses associated with our new advertising campaign, additional staffing and toll costs associated with new routes,” Townsend told shareholders in the company’s just-released financials. Before that, the company blamed its falling profit on the refurbishing of fleet, build-out of several new routes, and increased departures.

The company utilises toll road services for some 70 per cent of its routes, including new routes north coast to Angels in St Catherine, and the Mandeville to Kingston connection.

Knutsford, which recently expanded to Florida where it operates the bus-hireage service, KE Connect US, as part of its medium to long-term diversification plan, now has a fleet of over 30 buses, four of which are being used for the US operation.

Townsend plans to set up a terminal at Drax Hall, St Ann, which is expected to cut commute time and add new food and shopping options for travellers, but in the interim Townsend is exploring ways to expand the New Kingston facility.

“We are exploring how to expand in light of space and traffic constraints,” Townsend told the Financial Gleaner but did not say the options being evaluated.

He has previously described the New Kingston base as “bursting at its seams” from rapid growth in passenger and cargo numbers which is in part driven by service expansion including new routes, more frequent schedules and the build out of Knutsford Connect.

Knutsford closed the six-month period with $282 million in revenue, assets of $1.08 billion and cash and bank balances of $121 million. Net profit, however, dipped to $66.7 million nearly half the $124 million posted for the comparative period of 2018.