GK offer cuts Key in half 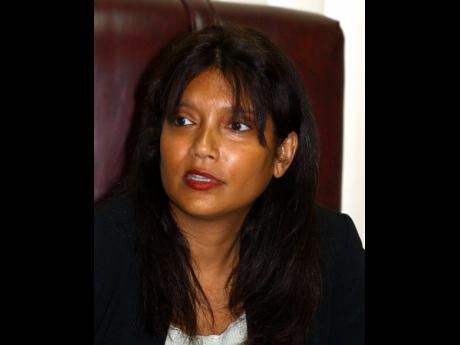 But the takeover offer at $2.01 per share would equal the price paid last December when the conglomerate first acquired a 15 per cent stake in the insurance company.

That purchase happened as Key was in the process of executing a turnaround plan, and it also came at a time when the company was weighing capital raising options, one of which was the possibility of a rights issue, the proposal for which was eventually withdrawn.

GraceKennedy wants to own up to 80 per cent of the shares in Key. Ownership beyond that level would jeopardise its ability to keep the company listed on the JSE, where it listed in 2016. Key has around six more years of tax breaks due to it as a junior market company.

Managing Director of Key Insurance Sandra Masterton, who is also one of the principal owners of the company, confirmed receipt of the GK offer, but declined to give a timeline for responding.

“What I am prepared to say is that I can confirm receiving the offer,” said Masterton, who along with two family members currently hold a combined 50 per cent of the company. The remaining shares are held by GK and other minority investors.

GK needs another 65 per cent of Key to hit its desired target of 80 per cent.

“The total cost of completing the acquisition of 65 per cent of the issued shares of Key at the offer price is $481.39 million. The offeror is assured that adequate available funding is in place to ensure financial completion of the offer in accordance with its terms,” GK said in a statement. It plans to pay for the shares from internal resources.

GraceKennedy already operates in the general insurance market through subsidiary GK General Insurance. The conglomerate said its takeover of Key would allow for synergies between the two companies that now operate as rivals.

“Thus, GK General will be able to offer coinsurance opportunities to Key in the property segment as a means of rebalancing Key’s insurance portfolio,” stated GK in its circular.

As to their comparative size, GK General reported gross premiums of $5.5 billion in 2018, while Key’s intake was a third of that at $1.8 billion.

Key Insurance, which was founded by Sonny Gobin, started underwriting in 1993. The company was passed on to family members Masterton, Natalia Gobin-Gunter and Karla Abrahams, following Sonny’s death in 2011.

Over the past decade, the company has consistently grown revenues, except for one year, 2013. Over that same period, however, it booked underwriting losses in each of the 10 years.

At year ending December 2018, Key also breached a key solvency test, the Minimum Capital Test or MCT, and had to present a five-year turnaround plan to its regulator, the Financial Services Commission.

Key began reporting progress on its MCT measure last year, and GK is promising to shore up the company, if necessary.

“The company has, in the recent past, failed its MCT. Should this occur after the offeror acquires control, all necessary steps will be taken to ensure the company is adequately capitalised,” said the conglomerate. “If it becomes necessary, consideration may be given to increasing capitalisation via a rights issue and/or through the liquidation of non-core assets subject to a thorough review of the company’s asset mix,” the GK offer circular stated.

The deal in which GK first bought the 15 per cent stake in Key was struck on December 3, 2019, when the principal shareholders entered into a share sale agreement to sell 18.4 million shares or some 55.2 million units at a price of $2.01 per share. At the time, the stock was trading at $3.20 per share.

Masterton, Chairman Natalia Gobin-Gunter and director Karla Abrahams are the top shareholders in the company. GK also disclosed that the principal shareholders have agreed through “a deed of irrevocable undertaking” dated December 30, 2019, to accept its bid for more shares, providing the offer is not priced below $2.01 per share.

“We did our due diligence, and having looked at the performance of Key Insurance to date, we see potential for the company to grow. GraceKennedy’s aim is to properly capitalise it, and maximise shareholder value. Naturally, there will be synergistic value from Key joining the GK family, as we have complementary businesses within the GraceKennedy Financial Group,” stated GK Group CEO Don Wehby in a press release.

Key booked two consecutive years of net profit in 2014 and 2015, leading into its initial public offer in 2016. It then recorded a net loss in that year, returned to profit in 2017, then returned to losses in 2018.