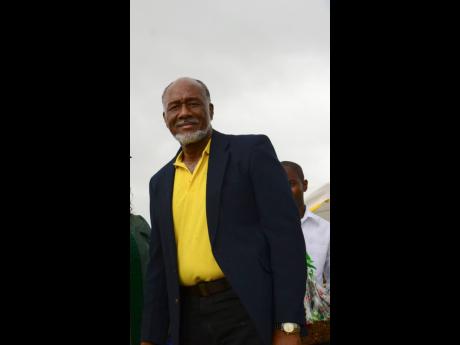 Baron Stewart, the owner of Stewart’s Hardware Limited, will use some $300 million or a third of the funds newly raised on the debt market to get the company ready for listing on the stock exchange in the first quarter of 2021.

“We are preparing our business to go to market. We are really preparing for an IPO so we are ramping up the business to a level that’s attractive to investors,” Stewart told the Financial Gleaner on Monday.

If successful, Stewart’s Hardware would be the second hardware business to trade on the Jamaica Stock Exchange, the other being the Lumber Depot Limited, which was formed from the demerger of the hardware business from soap maker Blue Power Group and listed on the junior stock market in December.

Before that, Hardware & Lumber Limited, the operating company for Rapid True Value and Agro Grace, had traded on the market for decades but delisted in June 2016 after it was acquired by Argyle Industries Inc, which took it private.

Stewarts plans on using between $450 million and $600 million to settle debt and the remainder towards expanding the hardware’s retail and wholesale business.

Stewart’s Hardware, which started operations in 1973, has stores in five locations, at May Pen, Lionel Town and Longsville Park in Clarendon; Mandeville, Manchester; and another in Old Harbour, St Catherine. Stewart is planning to open another store but held back on the details.

“We intend to add another location but I don’t wish to speak on the location at this time,” he said.

Trading as Stewart’s Hardware and Home Centre, Stewart’s diversified its product offering in 2004 to include home care supplies, car care items and lawn and garden products.

“We are excited for Stewart’s Hardware and its team as we were able to provide the analytical and structural support to allow an injection of nearly $1 billion,” VMWM’s Chief Executive Officer Rezworth Burchenson said in a release about the debt raise.