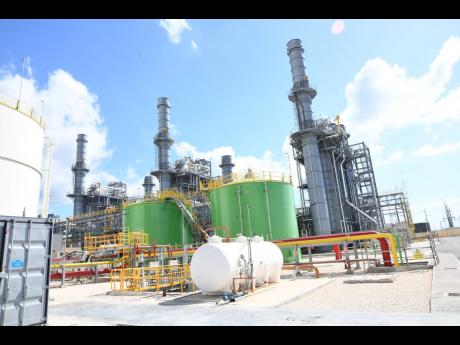 The Government of Jamaica will come to market with an initial public offering for the near 20 per cent stake it owns in power utility Jamaica Public Service Company Limited, shortly after the IPO for toll road concessionaire TransJamaican Highway, which is expected to list in February.

Prime Minister Andrew Holness made the TransJamaican announcement on Tuesday and on Thursday, his finance minister, Dr Nigel Clarke, followed up with an update on JPS in the same arena.

“We are very pleased that TransJamaican Highway, which will be the largest IPO in Jamaica’s history, is imminent and will shortly be available for you to pursue,” said Clarke on the third and final day of the annual JSE Regional Investment and Capital Markets Conference in New Kingston.

“The Government is not going to stop there. Shortly following on that IPO, we will be bringing to market the approximately 20 per cent stake that the Government owns in the monopoly utility provider for public ownership,” he said.

The Government first expressed its intent to offload its minority stake in the power company in 2017.

There have been no disclosures about the structure of the transaction.To qualify for listing, companies must offer at least 20 per cent of their equity to the market for subscription. Jamaica’s holding in JPS falls just shy of that floor.

Additionally, the State does not control the utility, which is majority owned and operated by Marubeni Corporation of Japan and Korea East West Power of South Korea, each with a 40 per cent stake.

The Development Bank of Jamaica, DBJ, has said that the determination of the structure of the transaction would include discussions with the two majority owners. DBJ is the Government’s divestment agent, but it is also a joint holder of the State’s JPS holdings along with the Accountant General’s Department.

On Thursday, DBJ Managing Director Milverton Reynolds said they were not yet at the stage to make a final determination on the structure of the divestment, which requires sign-off from the Cabinet.

Prospectively, the Government could fold its 19.9 per cent of JPS into a holding company, a special-purpose vehicle, and list that vehicle, giving investors indirect ownership in the utility.

“Again, this will be a new day in Jamaica,” said the finance minister of the pending transaction.

“Up until recent times, major infrastructure assets in Jamaica have been owned and operated by foreign partners, and there was a time and place for that. But one can, at the same time, recognise that Jamaicans have not been able to participate in the phenomenal gains that have accrued to those who have invested in energy over the past 25 years,” he said at the conference.

The Government is also preparing to divest the Jamaica Mortgage Bank (JMB) via the market, which will happen “later in the fiscal year,” said Clarke.

He noted that the JMB had been set up as a specialist provider of financing to developers and others in the commercial real estate market and while there was a time, during the period of economic instability, that Jamaica needed the Government to intervene by owning a financial services firm that specialised the financing of mortgages.

“In this time that is characterised by stability, hard-earned and elusive stability, in this environment there is no need for the Government to earn an asset such as the Jamaica Mortgage Bank and we are going to turn that over to the Jamaican public via the JSE,” he said.